I’ve had this recipe for two or three years now, but it was complicated and long and it intimidated me. Finally, I got down to making the stupid thing and it turned out far better than I anticipated.

Do you ever just feel so crappy that all you want is something heavy and unhealthy? Maybe that’s just me. But that’s how I was feeling when I made this. (I’ve been weening off of a medication and the day after I completely finished it, I felt so terrible. Drowsy, achy, and a little nauseated. Not fun.) This really raised my spirits, though. Exactly what I needed.

Since this is such a heavy dish, I made a smaller lasagna (9×9 inches) instead of the traditional 9×13 lasagna. If you want to use a 9×13 inch dish, you’ll need to double the recipe. Just so you know. 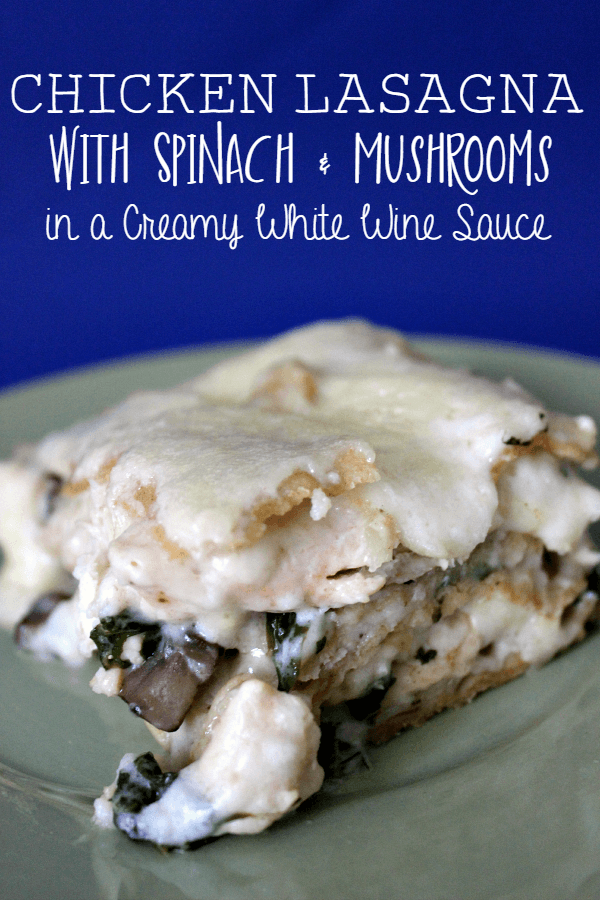 Step 01: Wash your veggies and then prepare them. Chop the celery as thinly as you like. If your mushrooms haven’t already been trimmed, do that by cutting off the stems and then dice them. Cut the stems off of the spinach, as well. Put them in individual containers and set them beside the stove.

Step 02: Heat your olive oil over medium-low heat. Add your celery and onion powder. Cook, stirring occasionally, until the celery is relatively transparent.

Step 03: Increase your heat to medium-high. Add the mushrooms and cook, still stirring, for 2-3 minutes. And then add the spinach and cook until wilted. Remove all veggies from the pot and set aside.

Step 04: Add your butter to the same pot. Once it has melted, add your chicken with some salt and pepper. Cook, stirring, until the chicken is nearly cooked, but not brown.

Step 05: Add the wine and simmer until reduced. I didn’t bother buying any for this, since I had some chardonnay leftover from Thanksgiving. Under normal circumstances, wine wouldn’t last a week in this house. 😛

Step 06: Add the flour to absorb some of that liquid and thicken the sauce. Stir for about 5 minutes.

Step 07: Stir in the heavy cream and milk and simmer for about 5 minutes.

Step 08: Your sauce should be relatively thick  by now. Use a ladle to remove 1 cup of the liquid and set it aside. (Try to get just the liquid.) Remove the pot from the heat and stir in your vegetables. Add parsley, nutmeg, salt, and pepper.

Step 09: Bring a pot of water to a boil and add your lasagna noodles. Boil for 8-10 minutes, or until noodles are slightly cooked (al dente). (While you’re waiting for your water to boil, it’s a good opportunity to clean up any messes that the previous steps made. Or, for those more organized than I was, you can boil your noodles while you make the sauce.) Strain the noodles and rinse in cold water. If you want, you can add olive oil to them to keep them from sticking. I used them quickly enough that I didn’t feel the need, though.

Step 10: Preheat your oven to 350°F. Prepare a 9×9 inch baking dish and begin layering. Start with a layer of noodles (I tore mine in half as I worked, so they would fit) and then add a layer of sauce and a layer of cheese. Repeat this step twice.

Step 11: When you get to your third layer of cheese, add one more layer of noodles and stop. Now, take that 1 cup of sauce that you set aside earlier and pour it over the noodles. Then add your Parmesan. 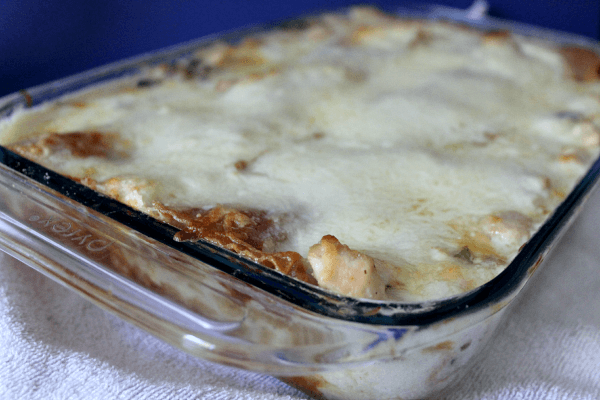 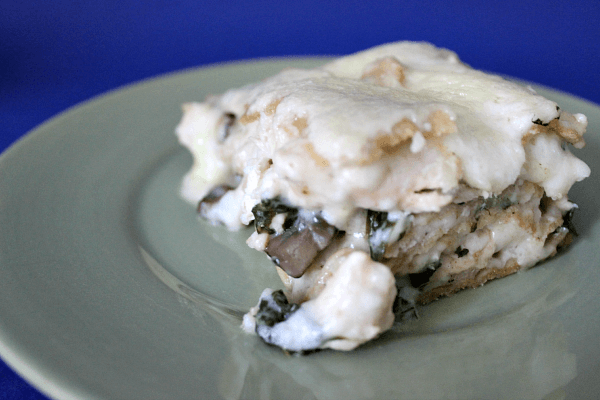 This is delicious. It has a rich, creamy, savory flavor. Absolutely perfect for snowy days.

It’s also something that, while I find myself wanting constantly since making it, I’ll only be making every once in a while. It’s a very heavy dish. I usually don’t have sides with my lasagna; but if you do, I would suggest something light like steamed vegetables. 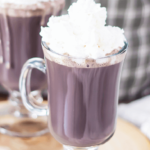 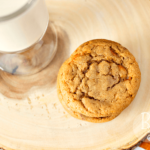 You really need to come cook for me sometime!

Haha! Thanks! May be a little far to travel for some cooking, though. 😛

Not when I’m not the one doing the traveling! 😀