I’ve been thinking for a while that eventually–not now since our apartment isn’t big enough, but eventually–I want to have an area designated for coffee, tea, cocoa, and the paraphernalia that goes along.

An entire room would be nice…for the coffee and for sitting (I suppose one would call that a living room?). But really…I’ll settle for one little area specifically for coffee.

To get an idea of what I mean, I’ve gathered some photos of what other people on the Interwebs have done. 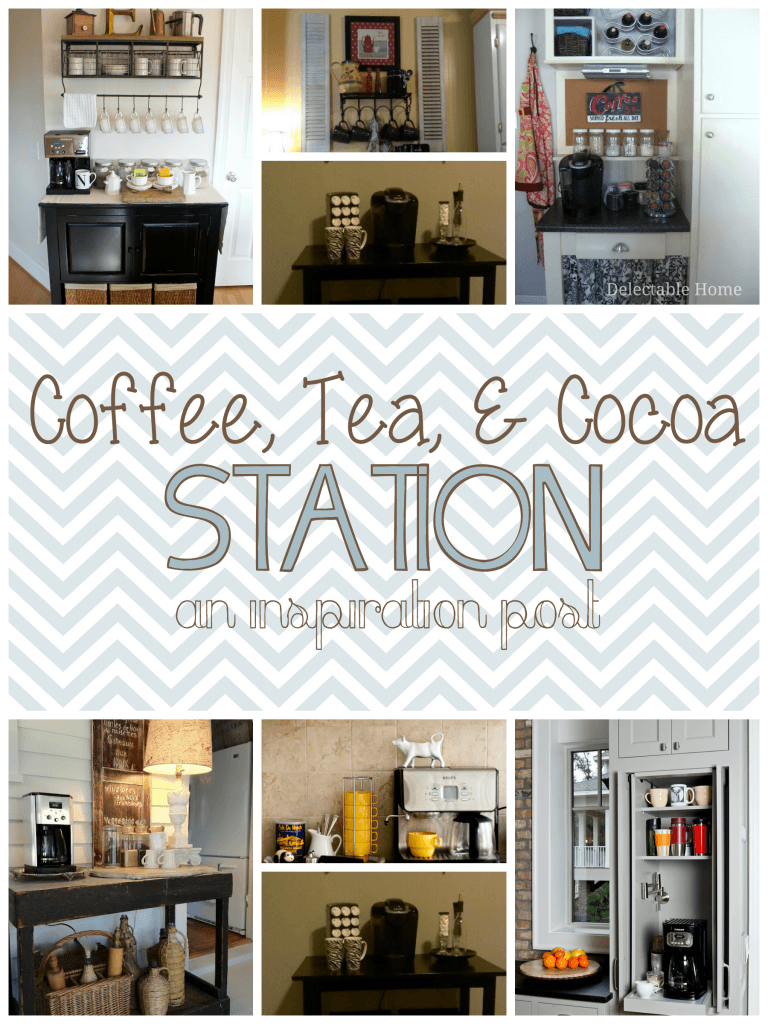 I think this is my absolute favorite:

You get the idea.

There was one in particular that I really liked, but I can no longer find it. That’s generally how it works, though, isn’t it?

Anyway, it doesn’t matter. A few weeks ago, Zach and I went to TJMaxx and I saw this adorable red cupboard thing that would just be perfect for a coffee station. Except it was $400. And I don’t have room. And Zach hated it. Usually, we agree on home decor. Let me clarify: what I mean by “we agree on” is that when I say, “This is cute!” he says, “Do what you want.” This time, he was adamantly against this cupboard.

Yesterday, I went to TJMaxx alone. And the cupboard was still there. And it had been lowered to $300. Still too much, still don’t have room, Zach still hates it. But this time, I got pictures. 😀 (Unfortunately, they’re with my iPhone. They also had a bunch of stuff in front of the cabinet that I had to lean over. Sorry for the blurriness.)

Now…Zach’s hatred for it is justified. Because what he hates is the chicken wire on the front. I don’t really like that, either. But, as I’ve tried to explain, I’m pretty sure I can remove it and replace it with something else. I just haven’t decided what I would replace it with…and I don’t see any point in dwelling on it, since that cabinet will never be mine anyway. 🙁 But it’s so cute! It gave me a pretty good idea for what I want as a base for my coffee station. And that’s important. (The brand is Broyhill, in case you’re curious.)

While we’re at it, a couple other cute things I found:

The chairs, not the pillows (I actually really don’t like the pillows).

What I want with my coffee station is a coffee “sitting area.” Zach and I like to get up in the morning and sit and have coffee together. Not so much in the winter because, as much as I like cold weather and snow, I’m usually crabby. In the spring and summer I’m pretty ready to go. But a special sitting area would  be nice and these chairs are awfully pretty. Red is also my favorite color, so I’m pretty psyched that it seems to be “in” this year. (I completely forgot to check the brand on these. Mostly I like to that in case it’s something I actually can buy and I miss out on doing so. In that case, I can see about maybe finding another one online. Sometimes you can even get stuff cheaper that way.)

Overall, it was an exciting and yet mildly depressing TJMaxx trip. Though I did finally manage to get a caddy to hold all of the remotes we have for the living room. Win!