When you think of making your own crispy fries, you probably automatically think of deep frying them. We all know that’s how restaurants get that nice, almost breaded coating. So when I decided I wanted fries the other night, I was pretty sure I’d have to either go out and get some or actually fry them in a pan of oil. I don’t like frying things and I didn’t want to use that much oil, so that really wasn’t a great option. But I wanted crispy fries. How else do you get them crispy?

Well, it turns out the crispiness has more to do with starch than it does with how the fries are made. And fixing that isn’t as difficult as I thought it would be. 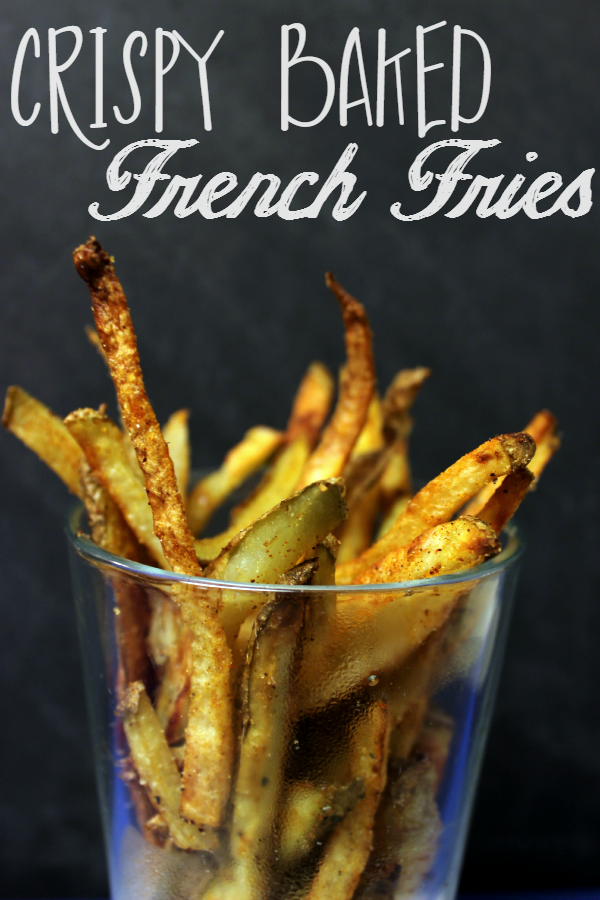 Step 01: Cut the potatoes into thin slices and then cut those slices into fries. I left the skin on, but you can peel the potatoes if you want. Put the potatoes in a large bowl, cover with water, and add 1 teaspoon of salt. Let the potatoes sit for at least 30 minutes (but no more than about 8 hours). If soaking for an hour or more, put the bowl in the fridge.

The salty water helps remove the starch, which leads to crispier fries! 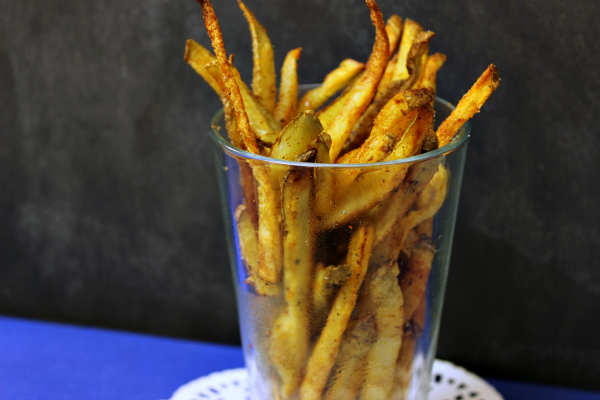 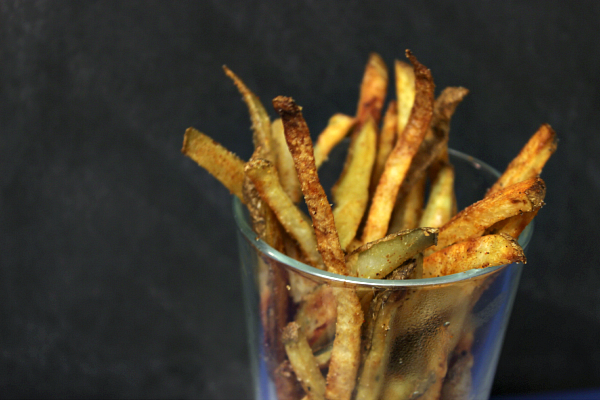 Step 02: While the potatoes are soaking, combine the seasonings and set them aside. Preheat the oven to 425F.

Step 03: Remove the potatoes from the bowl and lay them out on a towel. Blot them to remove any water–the potatoes should be relatively dry when the go in the oven. Dry the bowl, as well.

Step 04: Put the potatoes back in the bowl and toss with the oil and half of the seasoning. Line a baking pan with parchment paper and lay the potatoes out in a single layer. Don’t let them overlap.

Step 05: Bake the potatoes for about 2o minutes, flip with a spatula, and then bake for another 20 (or do 15 and 15 if you don’t want them too crispy). Remove from the oven, sprinkle with the remaining seasoning and Parmesan. Serve immediately. 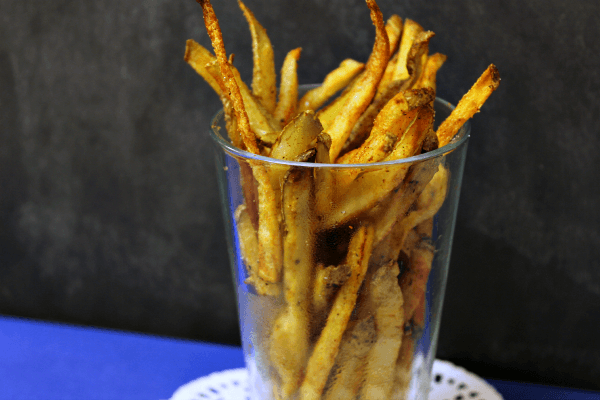 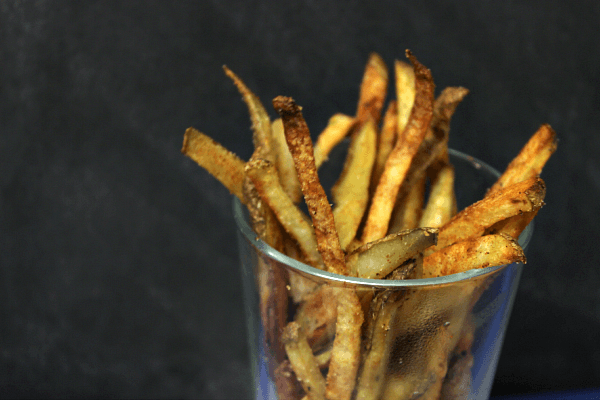 I’m pretty sure these crispy baked french fries are my new favorite thing…and now that I know the secret to getting crispier potatoes, my life of eating mushy, soft potatoes is over. I’ll be using the salt water method for my garlic roasted potatoes from now on, too.

This recipe was actually adapted from Layers of Happiness. I changed the seasonings and the baking times a bit, but got the starch thing from her. 😛 And it worked, really well! Zach and I were both pleased with the results.

But don’t make too much–potatoes are not good as leftovers. -_- 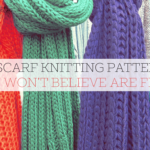 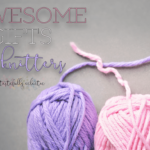 My mouth is watering! Thanks!

Haha! Thanks for checking it out, Leah! 🙂

Yum. I hate frying for the same reasons, too much oil needed. I love this recipe. Crispy fries are my favorite…I wonder if it would work on potato wedges (I usually don’t like them because they aren’t crispy enough). I’m Pinning this. (visiting from #tastytuesday)

Hi, Joy! After seeing your comment I wondered that, as well! So last night I gave it a shot. Wedges are much easier than fries, but they don’t get as crispy. They get a little crispier than normal, but they were still pretty soft. Sorry. 🙁 But thanks for the question! It made for a delicious experiment. 😛

These look delicious! We LOVE french fries and any way that we can get them a little healthier is alright in my book! Thank you for this! Visiting from #TurnitupTuesday

Oh my! This looks incredible! Pinned and tweeted. We always love partying with you, I hope to see you Monday at 7 pm at our party. Happy Sunday! Lou Lou Girls

Looks like the perfect fries!! Thank you so much for linking up at Tasty Tuesday! Your recipe has been pinned to the Tasty Tuesday Pinterest board! Please join us again this week!

Hi Chelsea, Awesome I didn’t know that Crispy Fries trick for soaking them but, I vaguely remember my grandma doing this. Now I know why! I can have perfect fries too, thanks. Giving this a shout out at this week’s party! Feel free to join in again & grab a featured button if you have a spot for one and would like one. Pinned & sharing!

Haha! Glad I could solve that mystery for you. 😛 Thanks so much for the pin/share! 😀