When it comes to, well, anything, everyone has an opinion whether they should or not. I swear, my Pinterest feed is filled with at few dozen shower scum cleaners that are considered “the best.” Some claim they’ve been passed down through generations, others will admit they just happened on them by accident (honestly, those are the ones I’m more likely to try–I feel like the “my great-grandma told me about this” stories are just practiced sales pitches). This isn’t just limited to shower cleaners, though. I’ve seen posts that range from laundry detergents to the best method of vacuuming.

So it’s safe to say that not all of these are very good…and many don’t even work at all. So how to you figure out which ones do? The best way is to just try them. I know…who wants to make thirty gallons of different kinds of fabric softener before finally finding one that’s any good? But I haven’t thought of a better way.

To keep you from wasting time on these asinine ideas, here are a couple Pinterest myths that, honestly, were meant to make your life easier, but don’t actually work. As good as the intentions were, I’m also really, really sick of hearing them. 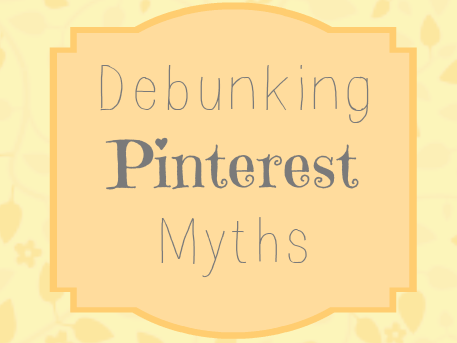 1. Putting a wooden spoon on a pot. I figured this was BS as soon as I saw it. But figuring isn’t knowing. So I tried it. More than once, actually. First, I boiled just a pot of water with nothing in it. I put a wooden spoon over the pot and the water boiled over, knocking the spoon on the floor. I’ve done this with pasta, veggies, and chicken in the pot. Same thing. So how do you really keep a pot from boiling over? There is no special trick, despite what so many people keep trying to tell me (this experiment got me a lot of responses from friends saying, “You use oil!” “No, you use salt!” My pot boiled over every single time.). All you do is keep an eye on your pot. Wait for it to come to a rolling boil and then turn the heat down. Your pot isn’t boiling over to spite you, it’s boiling over because it’s too hot. Simple.

2. Clean the wax off produce by putting it in vinegar and water. This is supposed to completely clean your produce and leave your sink filthy with whatever ick was on your food. I’ve done this multiple times and, no, it doesn’t work. I’ve added more vinegar than what was called for and added more time to the clock and still nothing. My sink remained clean and shiny and my fruits and veggies were still waxy. However, I keep using this method. It might not make your food look cleaner, but the vinegar still sanitizes it. How many germ-y people picked up that apple at the grocery store before putting it back for a different one? Think about that. So while this one doesn’t work the way it’s said to, it’s not completely useless. (In case you’re curious, the measurement for this one is a sink half-filled with water and 1/3 cup of vinegar. Though I like to increase the vinegar.)

3. Use some super complicated way to remove candle wax from holders. Why go through so much hassle when all you have to do is put them in the freezer? Generally, they slip right out after that. This method has never not worked for me.

4. Use hydrogen peroxide and baking soda to clean baking sheet without scrubbing. This one kind of works. Mine weren’t perfectly clean and I did have to scrub. It also took hours to work. I’d rather use steel wool.

5. Use vinegar and baking soda as a cleaning agent. These work fine if you keep them separated, but mixing them (which is what Pinterest constantly recommends doing) doesn’t work. Why? Mixing vinegar and baking soda causes a chemical reaction (remember the volcanoes you made in elementary school?), which releases carbon dioxide into the air and leaves water behind. So that bottle of homemade all-purpose cleaner you’ve been using? The only thing in there is water. Maybe a little salt, but nothing else.

Have you seen any interesting tips on Pinterest that didn’t work out? Are there any you really want to know about? I’m all up for trying some new ones!

Though you might not want to put rocks in your spaghetti!

Vinegar and baking soda works wonders for cleaning drains though! (but not mixed together. Add baking soda, wait, then add the vinegar and immediately close the drain so the reaction is contained. Then add super-hot water to flush it all out.) For super-clogs you may have to do it twice, but WAY safer than conventional drain cleaner!

I agree! As long as they’re used separately, they can work wonders!