This is another recipe from Thanksgiving. Deviled eggs are probably the most popular dish with my family…except with Zach. He hates mustard. Hence the plain hard boiled eggs on the side…those were for him. This is a difficult recipe to measure because…no one ever has. It’s one of those recipes where all of the ingredients are usually “to taste” because no one ever makes the same amount. But I did try measuring it out. So here it is. 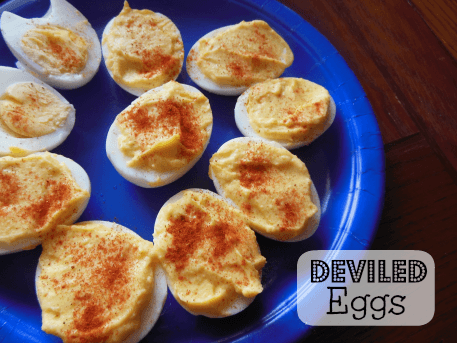 Step 01: Hard boil the eggs, drain the boiling water, add cold, and let sit until cool. Then carefully pop the yolks out of the whites and into a bowl. Set the whites aside. (I leave some yolks alone because Zach doesn’t like deviled eggs. He prefers just plain hard boiled.) 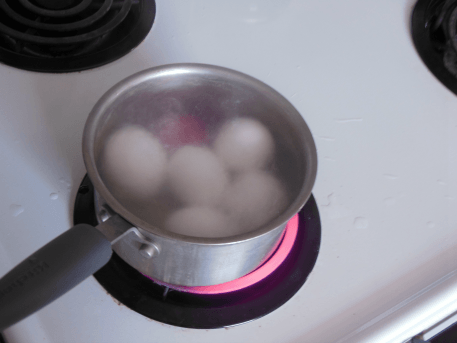 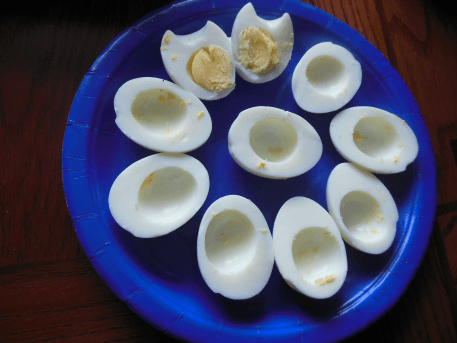 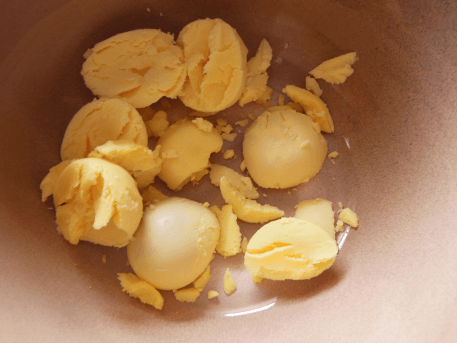 Step 02: Mix the cole slaw dressing, mustard, and yolks. My slaw sauce to mustard ratio is about 4 to 1 (slaw to mustard). For five eggs (10 halves), I added 4 tbsps slaw sauce and 1 tbsp mustard. This will change depending on how many eggs you have. 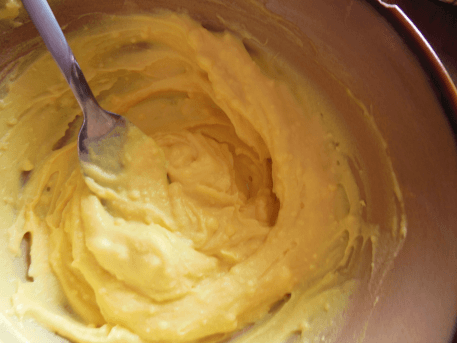 Step 03: Fill the egg whites with the yolk mixture. 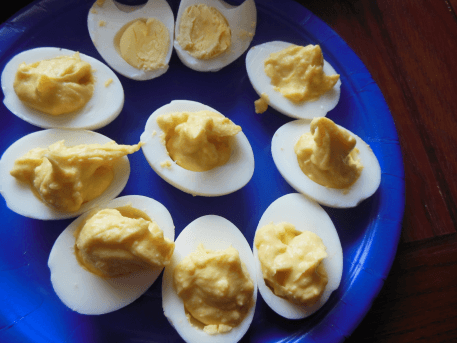 Step 04: With a butter knife, spread the yolk over the rest of the egg white. 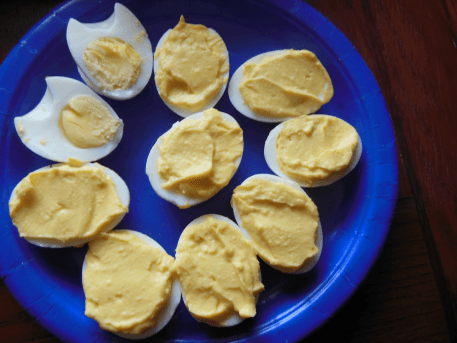 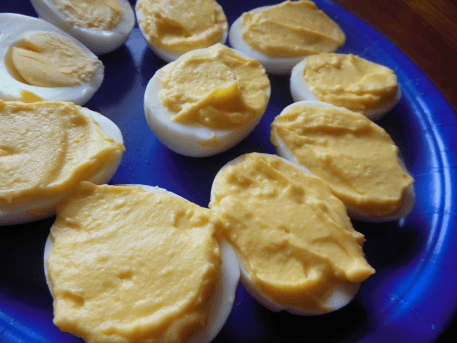 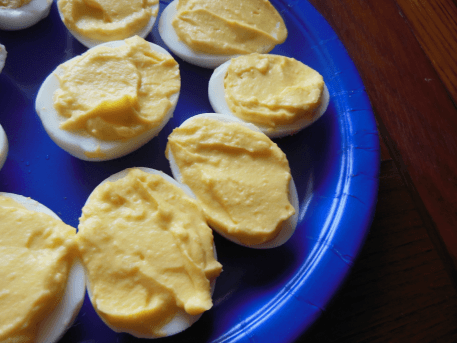 Step 05: Sprinkle with paprika, top with green olive halves, and chill in the fridge until you’re ready to serve. (Note: I’m the only one who likes green olives, so I decided to skip that part. But they’re very good, so if you like them go ahead and add them.) 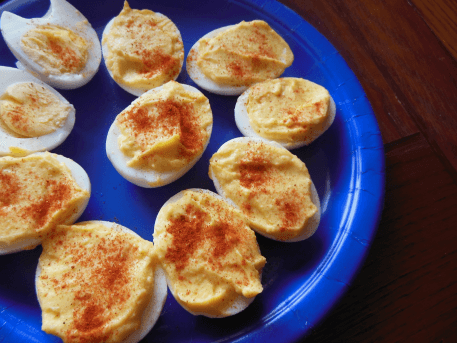 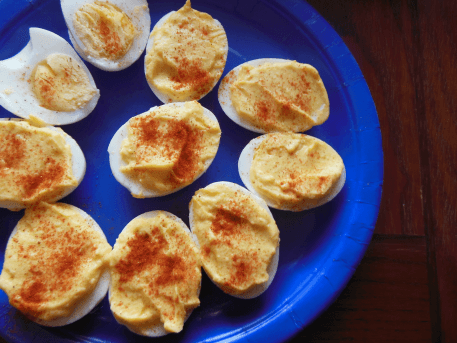 My mom also uses a similar recipe for potato salad. It’s probably the best potato salad in the world. We’ll get to that another time, though. 🙂

I’ve been looking for a simple recipe for Deviled Eggs, so thanks for sharing this! Pinning you from the PINcentive Blog Hop.