It is now December, which means I am procrastinating all of the projects I said I would do before Christmas. C’est la vie. But it’s for a good reason. I found this really awesome, useful, cheap, EASY project on Pinterest: Wedding Memory Capsule Christmas Ornament. Zach and I are on our third year of marriage (six years together on the 14th of this month), so my flowers aren’t exactly…well, the cat ate them. 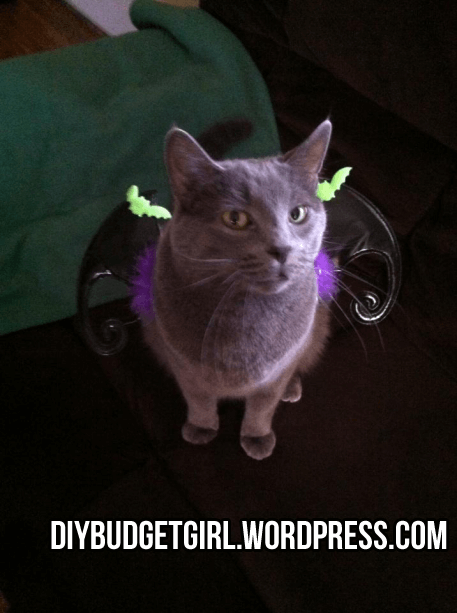 Most of them, anyway. I still have the one that Zach was wearing on his tuxedo.

So I decided to try to preserve the last flower. I did mine a little bit differently (though hers is beautiful–I wanted to add a little something to mine). I was tempted to get a GIANT ornament and add my garter to it (because I can’t figure out what to do with that thing…or my shoes…), but that would have been a little much. So I got a little ornament. Here’s how it turned out: 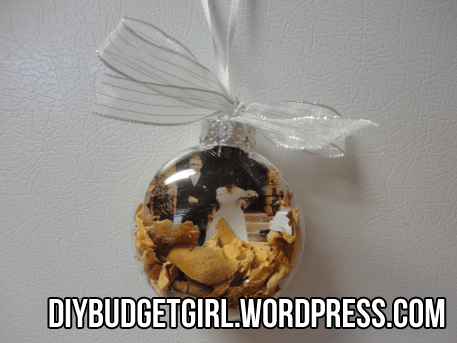 You don’t necessarily have to do this for a wedding keepsake…put whatever you want in it! But it is pretty perfect for a wedding.

Step 01: Place your flower petals in the ornament first. Some of mine crumbled, but that’s OK. They’re really dry, so it’s to be expected. Cut or fold your photo of choice. (I picked one that I just had lying around. It isn’t the best, hence why it’s not in a frame. But it works.) In order to get the photo into the ornament, I rolled mine and then used a pair of tweezers to straighten it out. Put the top back on the ornament. 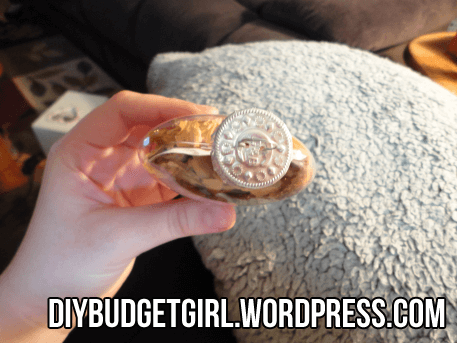 Step 02: Tie a ribbon around the ornament hook. 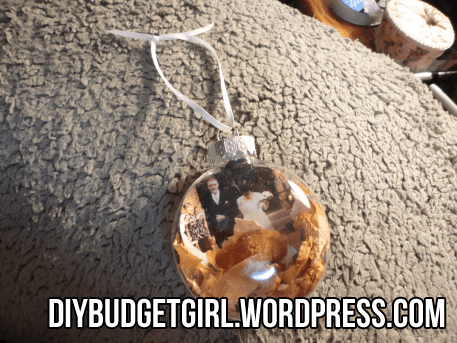 Step 03: Take your second piece of ribbon and loop it through and around the hook like this: 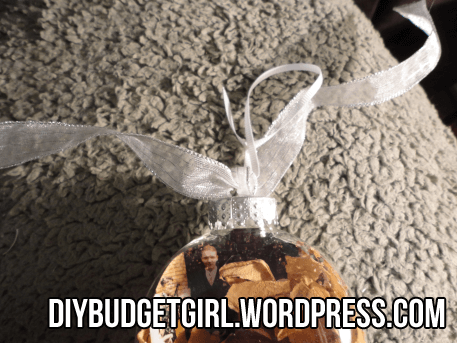 Step 04: Tie your bow. If you’re not sure how to tie a bow, use Martha Stewart’s tutorial. (Note: I found that with silky bows, it’s difficult to hold on to–I had to make use of my teeth with silky bows. With rougher material, like the one used above that I don’t know the name of, it’s much easier to make a bow.) 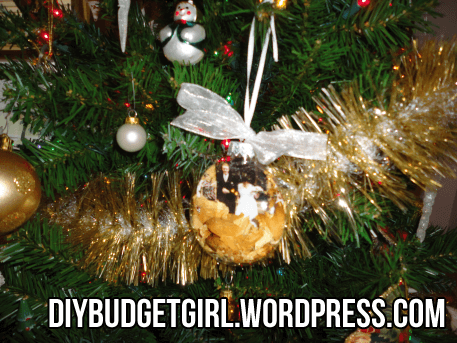 While I have it hanging on my tree, I don’t have any intention of putting it away after Christmas.

If you want to go one step farther with this, you could use etching glue to put your anniversary on it. Inspire and Indulge has a great tutorial on that.

Not quite as pretty as the OP’s, but I’m happy with it. =) (Btw, my flowers were a mixture of yellow and pink. My colors were champagne and black, but flowers don’t come in those colors so we went with yellows and pinks that were close to champagne. Cini ate the pink flowers and the yellow ones darkened a lot as they dried.)

This project cost me $0.84, since I only had to buy the ornament. Unless you want to count the cost of the wedding…and I really, really don’t. O_O 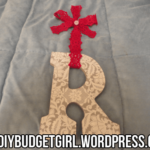 This is super cute! I love the sentimental value behind everything. 🙂

Thank you! That’s exactly what I loved about this project. ^_^