JUMP TO RECIPE
Love fajitas, but hate slaving over a stove? Give these crock pot chicken fajitas a try! They’re easy to make, delicious, and make a great freezer meal.

When warm weather arrives where you live, do you have trouble motivating yourself to cook because it’s just too damn hot?

Despite how hot it gets in Atlanta, it’s pretty rare that I need to turn on my A/C. Except when I cook.

It’s not as bad as it was in my old apartment (galley kitchen with no windows). But it still gets pretty warm once I turn that oven on. In my old apartment, though? Cooking made that kitchen hot hot hot. I even checked the temperature once. Depending on how long I was cooking, it was about 10-15 degrees warmer in the kitchen.

So my first summer in Atlanta, I vowed to use the stove/oven as infrequently as I could. Which meant a lot of crock pot meals (and salads).

Once of my absolute favorites has been this crock pot chicken fajita recipe. 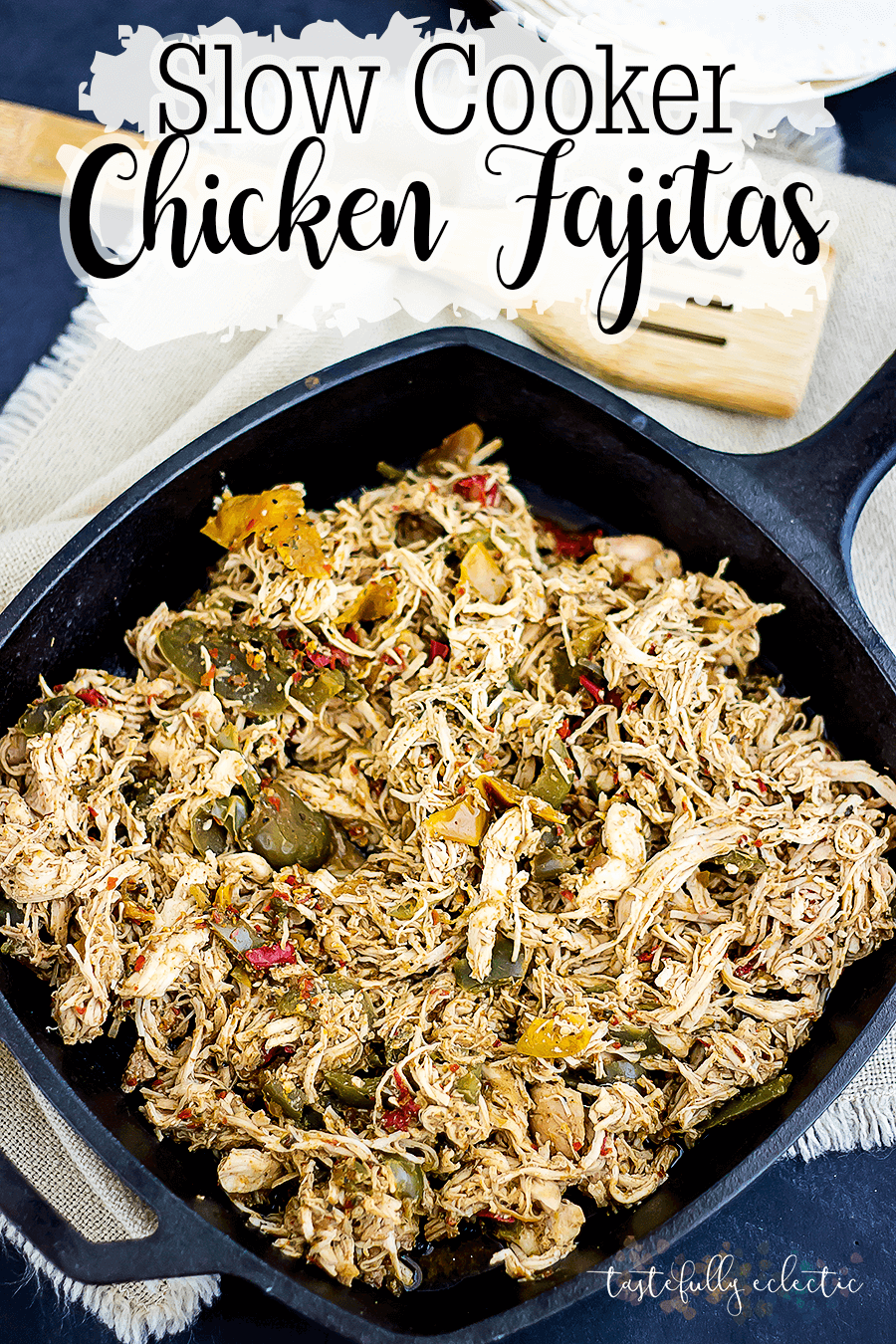 You can use cooked chicken (definitely a plus if you’re into rotisserie chicken uses) or raw chicken. I normally use raw, because I can just throw all ingredients into a freezer bag and then pull it out when I’m ready.

I paired this will some Mexican Beans and Rice. I was hoping it would taste more like the rice you can get in those packets. It didn’t. Ah well. 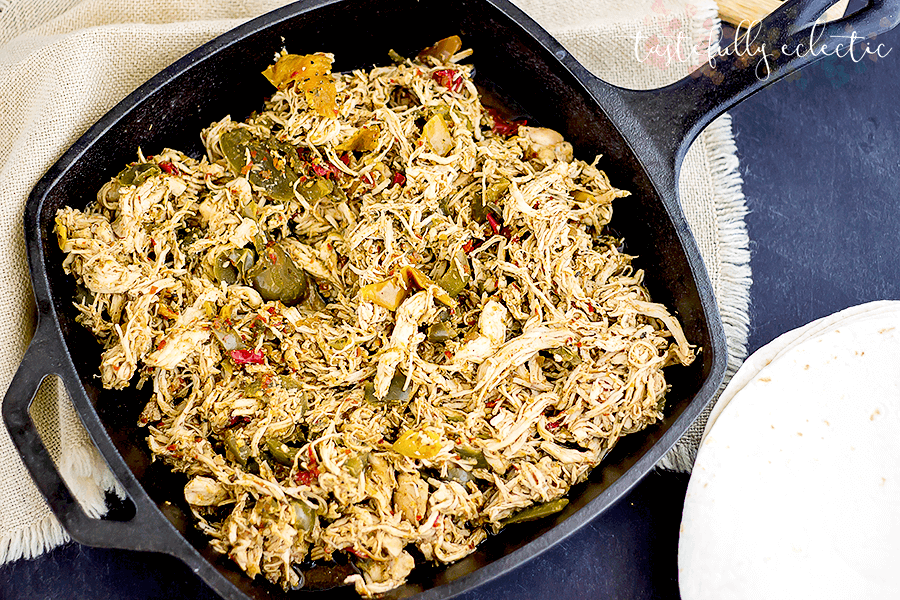 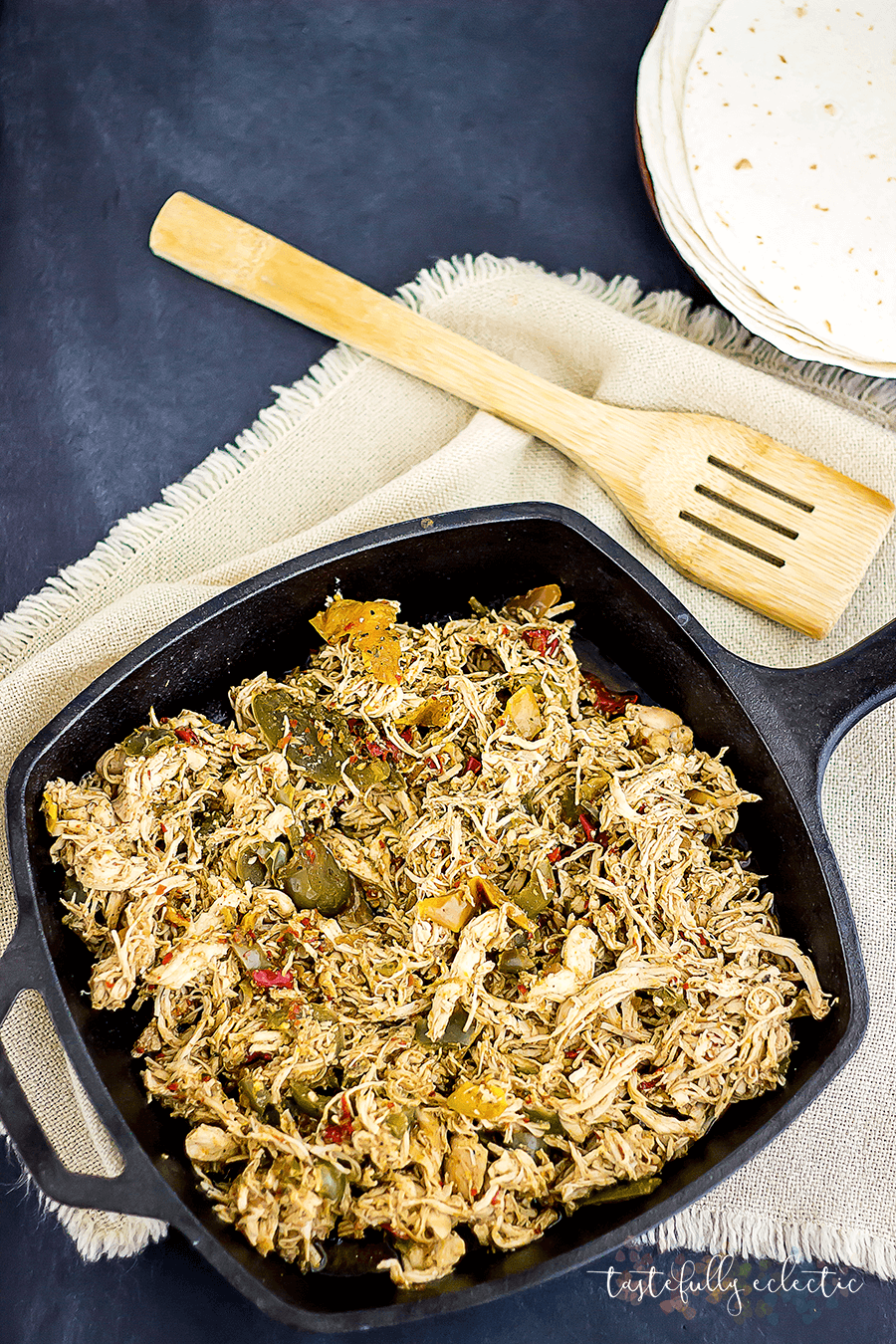 Step 01: If using cooked chicken, add it to the crock pot with the seasoning, pepper, and chicken broth. Cook on low for 2-3 hours or until the pepper is soft.

Step 02: Serve on a tortilla with whatever toppings you want. 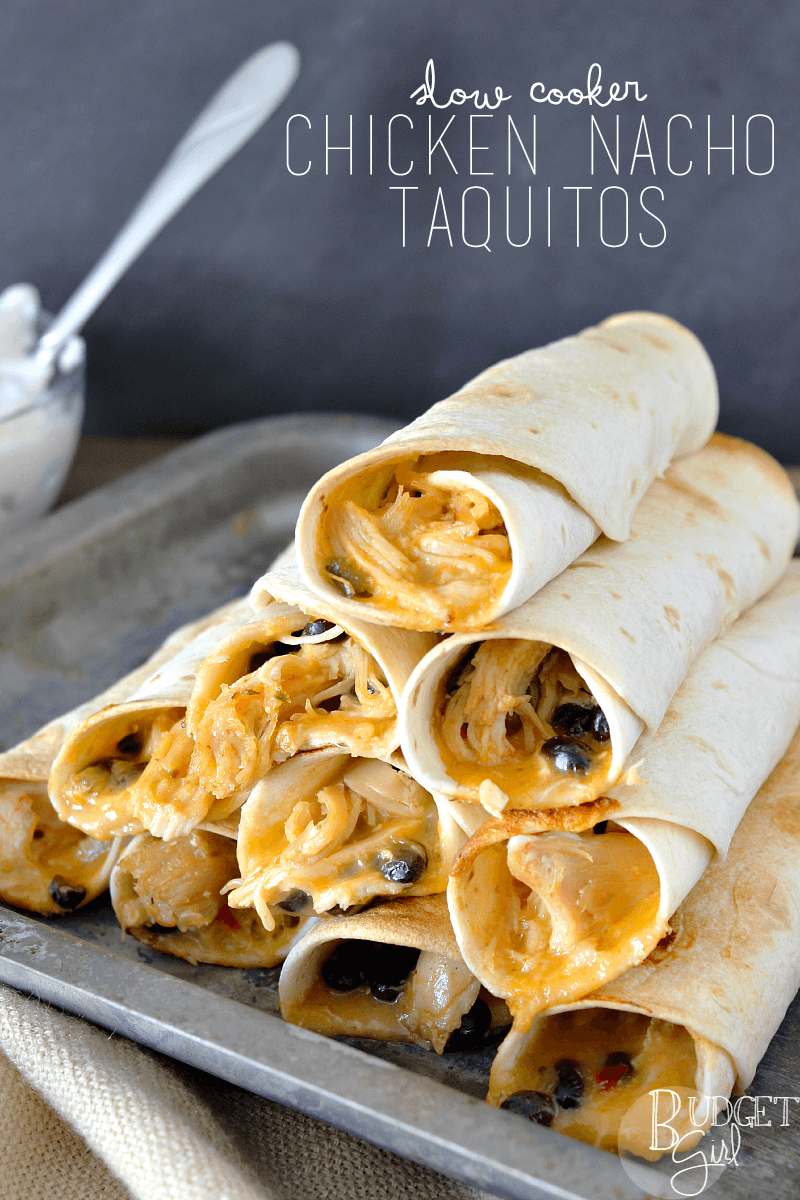 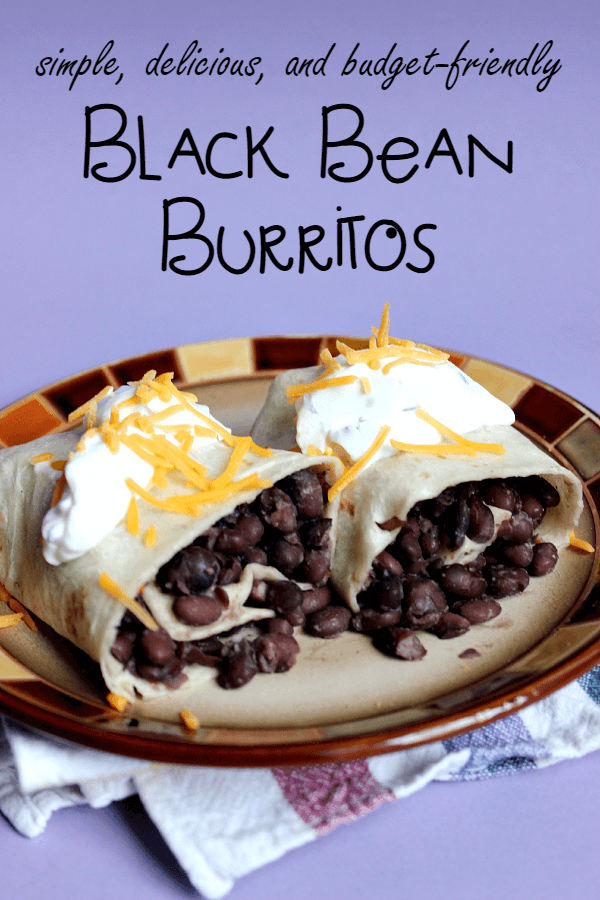 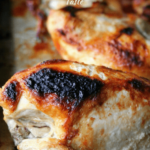 The Best Meal Plan Your Family Will Love 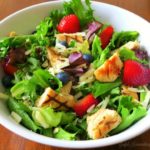 7 Easy Meals You Should Be Making for Your Family

I love all things fajita. I’m like you I don’t like cooking while it’s hot outside. I love using my crock pot & I think it will be making us some delish chicken fajitas! I’m pinning for later. Thanks for sharing.

A few of my favorite cooking things-fajitas, freezer meal, and crock pot! Can’t wait to try these! Thank you so much for linking up at Tasty Tuesday! Your recipe has been pinned to the Tasty Tuesday Pinterest board! Please join us again this week