It’s finally starting to cool down and I love it. There is nothing I love more than curling up with a warm drink in the middle of autumn. So when it got down into the 40’s and 50’s this weekend, I decided it was the perfect opportunity to pull out my crock pot (slow cooker, to those of you who live farther south) and make some hot apple cider…which is actually something I have never done before. So that also meant pulling out every cookbook I own and figuring out which recipe to try.

The problem? While all of my cookbooks have drink recipes using apple cider, none of them have recipes for apple cider. So I had to figure it out on my own.

When I was little, my grandfather used to make apple cider using a very large, metal apple masher. It was about 4 feet tall and had a handle on the side. When the apples started falling from his apple tree, he hated to see them go to waste, so he would pick them off the ground, clean them, stick them inside the large box, and turn the handle to mash out all of the juices.

I don’t have one of those, but I guess today we would use a juicer for the same affect, wouldn’t we?

But I don’t have a juicer, either.

I managed to figure it out, though! And all the tools you need are probably already in your kitchen. 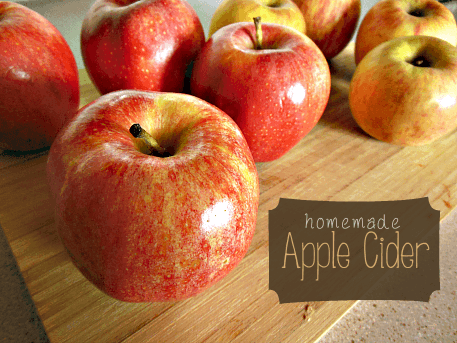 Step 01: Core and cut your apples. You do not need to peel them, which is awesome because peeling apples sucks. Throw your apple slices into a stock pot and cover with water. Bring to a boil, reduce heat, and simmer for 20 minutes or until the apples are completely soft. 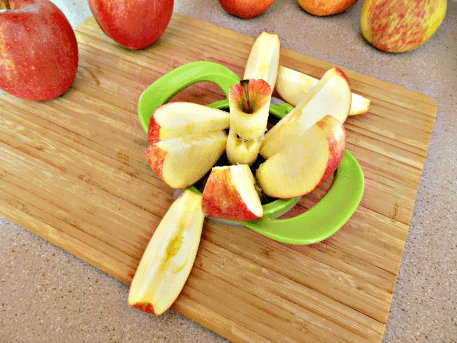 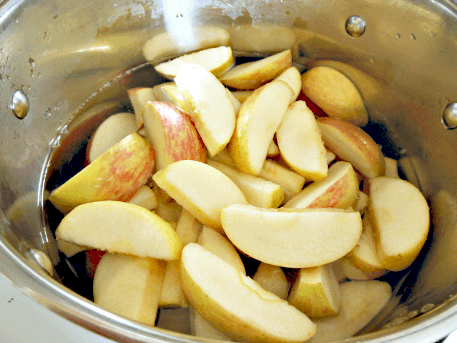 Step 02: Using a slitted spoon, remove the apples from the water (keep the water) and put them in your blender or food processor. Blend until the apples turn into a fine mush (or, you know…apple sauce). Put the apple sauce back into the water, add cinnamon and nutmeg, and simmer for another 10-15 minutes. 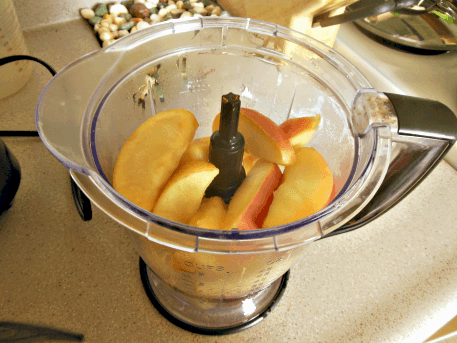 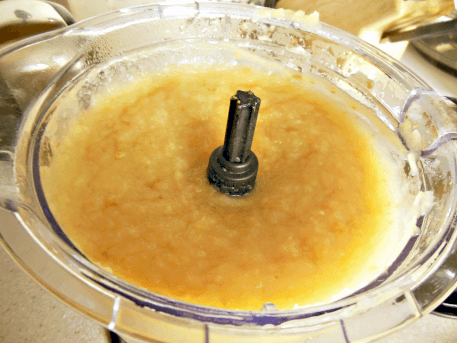 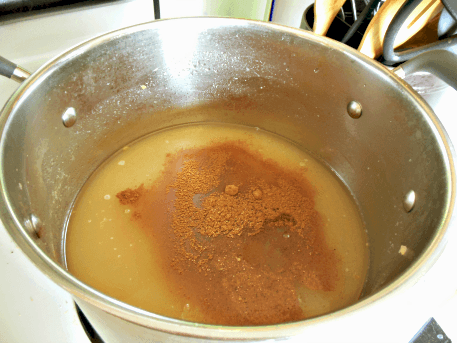 Step 03: Remove the pot from the heat and allow to cool a bit. Transfer back to the blender (or something that’s easy to pour from, like a pitcher). Do not blend. Set up a strainer over a large bowl. Strain the water from the apple mush, using a potato masher to get out as much liquid as possible. 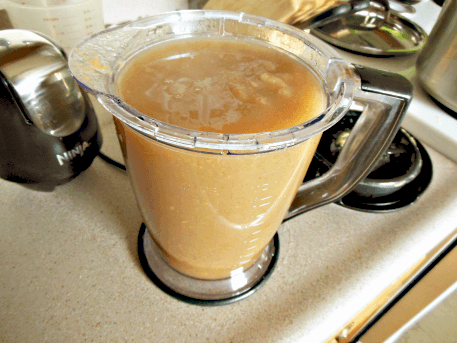 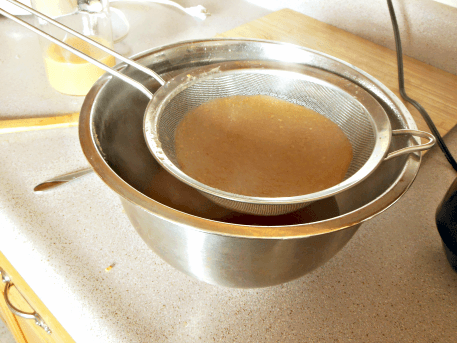 Step 04: Rinse out the blender and transfer the liquid from the bowl into the blender. Rinse out the bowl and strainer. Set them back up, but add the cheesecloth to it and strain the juice again. (You can just strain it like this from the beginning, but I found that it was faster if I did it this way, since there was less mush to block the fibers.) Again, use the potato masher to squeeze out as much liquid as possible. 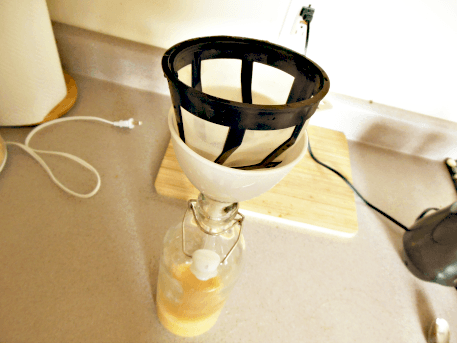 As you can see, I strained directly into the funnel. I don’t recommend that, honestly. I had some spillage.

Step 05: Use a funnel to pour the cider into a bottle. 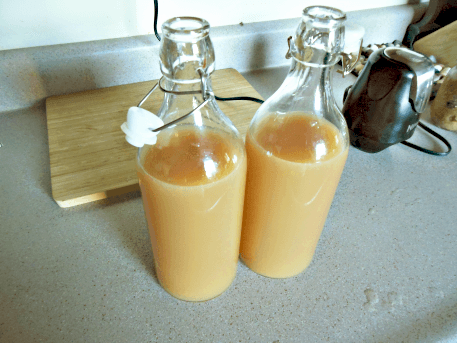 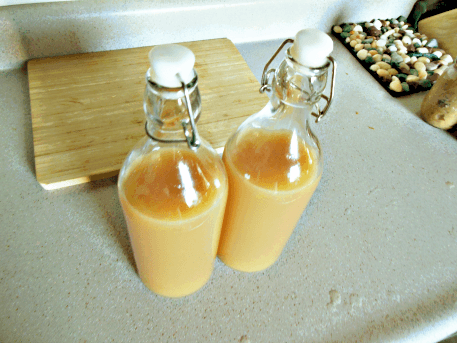 Drink it warm or chilled. Either way, delicious!

Save the apple mush and use it in a recipe or you can sweeten it and eat it as apple sauce. 🙂

Cost:
Last week, I was shocked to see that a gallon of apple cider cost $7 at Kroger. I really thought that making it myself would be cheaper, but it surprisingly isn’t. I bought somewhere between 3 and 4 pounds of apples. At $0.99/lb, I paid about $4 or so. I only got half a gallon out of this recipe, so a whole gallon would have cost me about $8. The plus: Zach thinks store-bought cider is waaay too tart. This has a much more gentle taste to it. I can deal with that. 🙂

If you can get a good deal on apples, though, this would be pretty cost-effective. The store where my mom lives, for instance, sometimes sells locally grown apples for $1 a bag. Of course, the cost is even better if you have your own apple tree. 🙂 (One day….)

My husband loves apple cider this time of the year, but never thought to make it ourselves. Pinned to hopefully let him try it and thanks for linking htis up to the PinCentive Blog Hop!!

Thank you! I hope it turns out well for him. It’s definitely a lighter taste than store bought, but extra apples, longer boiling times, and maybe some more spices should help with that if he likes it stronger. Enjoy! 😀

What a fun thing to try! I love apple cider and this looks totally do-able 🙂 Love the cake you made with this cider!

Thank you! 🙂 Enjoy your cider!