Since I’m about out of surface cleaner, I’ve been scouring the Internet looking for a recipe to make my own. But most of the recipes I’ve found require all kinds of ingredients that I would have to buy that, frankly, I don’t really want to buy (or spray all over my apartment).

When Jenn and Brittni came over for New Year’s, though, we exchanged Christmas gifts and one of the gifts they gave me was a homemade all-purpose surface cleaner. The ingredients? Water and vinegar. That’s it.

My first thought was, “That sounds a little too good to be true. Only two ingredients? No ammonia?” But they said it cleaned their house amazingly without leaving streaks. It even cleaned their ceramic stove top.

So last night, I gave it a try. And my counters haven’t been this clean in months. Wow. Oh, and no streaks.

There were marks and residue build-ups that my store-bought cleaners just couldn’t seem to get off. This cleaner removed it within seconds with very minimal scrubbing. My sink is sparkling (that required a lot of scrubbing, but you’d understand if you had seen what a disaster it was before) and the inside of my dishwasher is probably cleaner than it’s been since it was installed in this apartment. I’m quite surprised and impressed by this. The downside? It makes me really want salt and vinegar potato chips. Oh well.

She also gave me a bottle of homemade laundry detergent (on the right). I haven’t tried it, yet, but it smells amazing. I look forward to seeing how well it works.

ETA: After this posted, I tried it on a residue mark I had on my oven. Normally, I don’t post pictures of my dirt here…but I have to. See…this has been on my oven for over two years. When Zach and I moved in, Zach went to the farmer’s market and came back with a box filled with peaches that were nearing their end. Not knowing what else to do with them, I made a pie. The pie produced a lot of syrup that spilled out of the pie (I’m sure I could have prevented that had I known more about fruit pies) and onto the oven drawer. However, I didn’t know and went on with my day. The syrup was allowed to dry and there it stayed.

I noticed a day or two later because, at the time, I wasn’t storing much in that drawer. I tried all kinds of things to get the syrup off–surface cleaners, degreasers, bleach–but nothing seemed to work. I even tried to scrape it off, but only wound up almost puncturing myself. So there it stayed.

So this morning, I tried my vinegar cleaner. I let it soak for about 10 minutes and then scrubbed. And it came right off! Look at this!

I love this stuff. Wow. I swear, I am never going back to store bought cleaners. They suck. 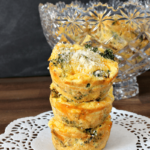