Today, I’ll show you the pumpkin pound cake I made! It’s delicious.

When Zach and I got married, he requested that the top tier of our cake (the one we take home) be pumpkin. I don’t know why…and I also don’t regret letting him have that. Pumpkin cake is good…and the friend who made it for us makes a damn good cake. Even after a year in the freezer, it was still moist and flavorful.

I knew I wanted to have pumpkin cake when I started this series, so I searched for a recipe that might be similar. I was going to just use one as a reference for my own recipe, but then I decided I really wanted to try this Starbuck’s Pumpkin Pound Cake recipe from Something Swanky. 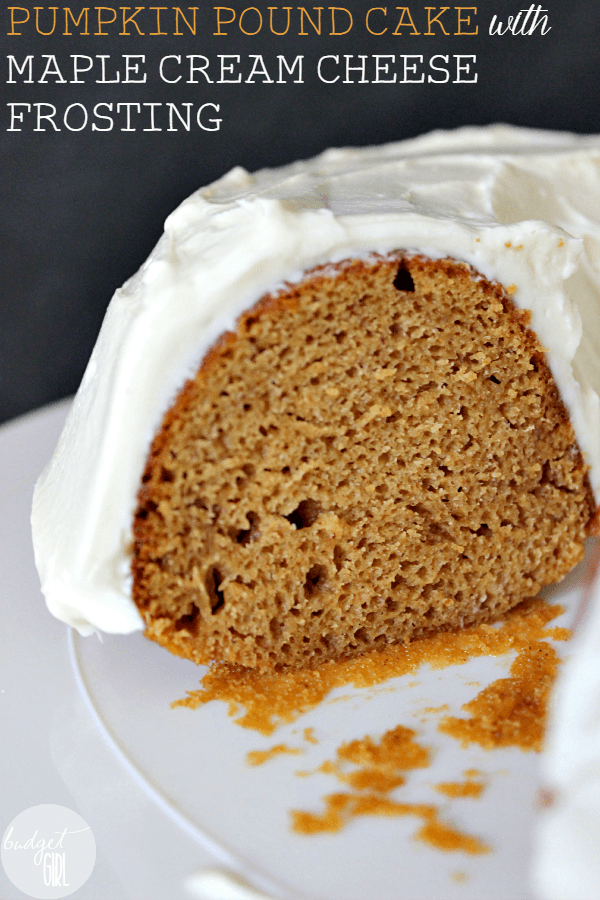 Step 01: Preheat the oven to 350°F. Grease a 10-inch bundt pan. Mix together all the ingredients, adding each one individually and blending well before adding the other. Start at the top of the list and work your way down. Pour the batter into a bundt pan and bake for 45 minutes, or until a toothpick inserted comes out clean.

Step 02: Let the cake cool in the pan for 15 minutes and then remove it and let it cool on a rack. Mix the frosting ingredients and spread over the cake when it’s finished cooling. (You might have waaaay too much frosting. Feel free to either halve the recipe or freeze the rest for something else.) 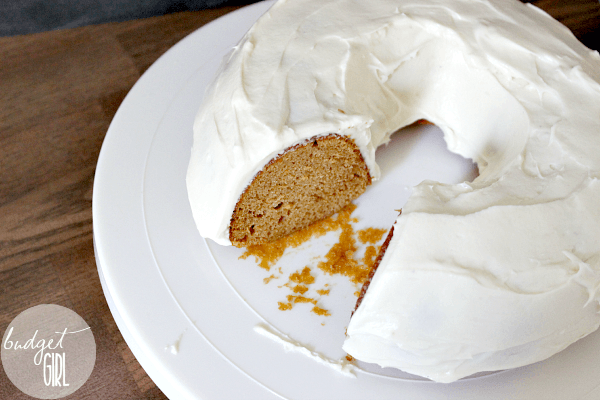 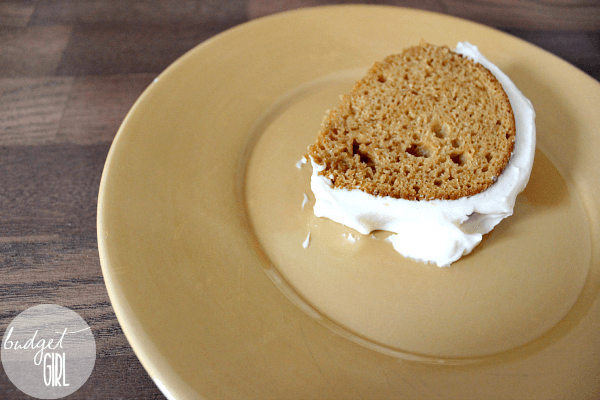 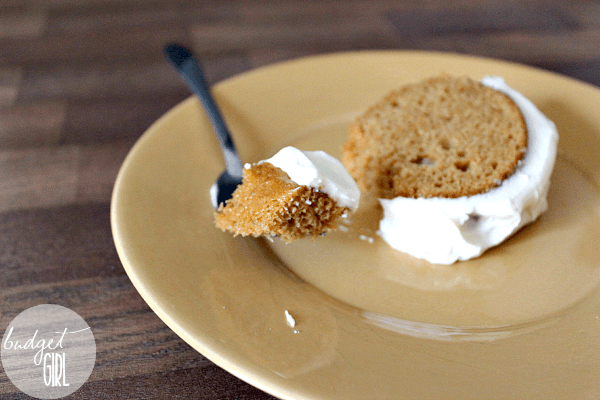 That’s it! This cake was incredibly easy to make, actually. It was also delicious! I think I would add a little more cinnamon to it, but we were still very happy with it.

The frosting, by the way, doesn’t have an overwhelming amount of sugar. So you really get to taste the cream cheese. Delicious! 😀

We’re over halfway done now! What’s been your favorite recipe, so far? 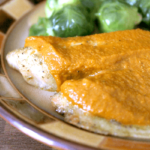 Definitely loving your pumpkin series! I’ll take a slice of this! So tasty looking!

This sounds SO delicious!!

Thanks for sharing this with us at Coffee and Conversation this week. I’m pinning to try soon. 🙂
~Candy

Looks delish – as always. 🙂 Thanks for linking up to Gingerly Made.

I just love pumpkin, and it should be July before I get to everyone I want to make! 🙂 This cake looks gorgeous!

Can’t wait to try this! Thank you so much for linking up at Tasty Tuesday! Your recipe has been pinned to the Tasty Tuesday Pinterest board! Please join us again this week!

I love pumpkin and pound cake so it makes complete sense to me to combine them:) Thanks for sharing this with us at the Teach Me Tuesday Linky Party.

Pumpkin, cream cheese and maple go great together, this is a very nice recipe. I think I might try this recipe in the fall around Thanksgiving and/or Holloween. Thank you Chelsey.