Saturday was my sister-in-law’s boyfriend’s birthday, so they came over to celebrate. Apparently his favorite kind of cake is ice cream cake, so we decided to attempt a semi-homemade version.

I’ve never made an ice cream cake before, so I researched some recipes. A lot of them seemed really complicated and I wanted something easy for my first time. Finally, I found this. Reese’s and brownies? Um. Yeah. No contest.

We got the ingredients and set to work and what we wound up with was the richest, messiest cake I have ever had in my life. Wow.

You can make everything from scratch, if you’d like. Since this was our first time, we decided to simplify this. 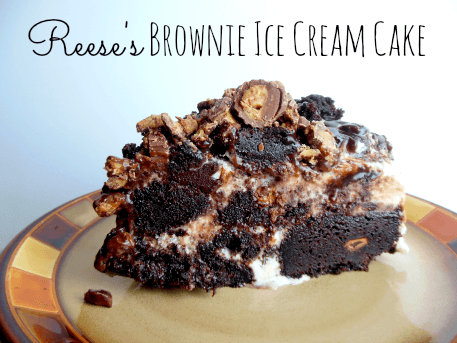 Step 01: Make brownies according to packaged directions. Let them cool and then cut them into regular squares. Freeze all but two or three of them (set those ones aside). This is important and nothing something we did. As a result, the soft brownies absorbed most of the ice cream.

I got 2 boxes because Ghiradelli only makes a 9×9 and I needed a 13×9. Use whatever brownie mix you want, just make sure you have enough for a 13×9.

Step 02: Once the brownies are frozen, melt the ice cream (I just let it sit out on the counter for a while). Then begin layering the cake! In a 9-inch spring form pan, lay down some of the frozen brownie squares, pour half of the melted ice cream on top, add a second layer of brownie, and the rest of the ice cream. 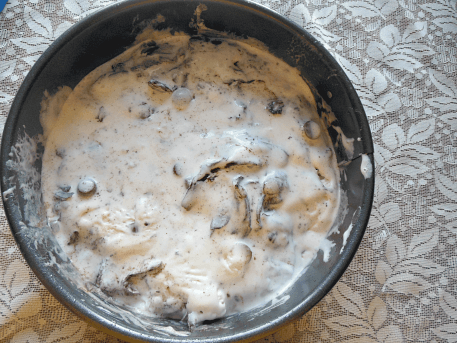 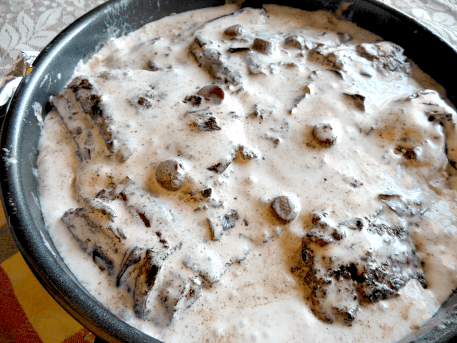 Step 03: Cover tightly with aluminum foil and freeze the cake for 5-6 hours. Once it’s frozen, take the remaining 2-3 brownies, tear them into pieces, and sprinkle them over the cake.

Step 04: Take a sharp knife, run it around the edge of the cake twice to separate it from the pan, and then remove the spring form. Put the mini Reese’s in a food processor and pulse a few times, until they’re as broken and crumbled as you want. 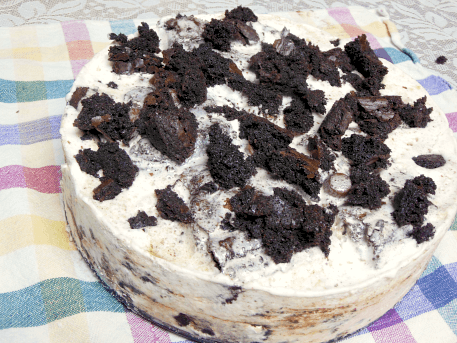 Step 05: Heat your fudge for 45 seconds, removing every 15 seconds to stir. Pour the desired amount over the cake. Top with crushed Reese’s and serve! 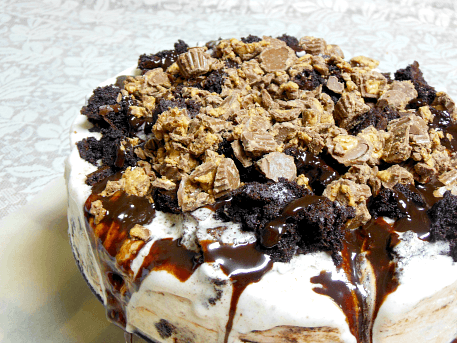 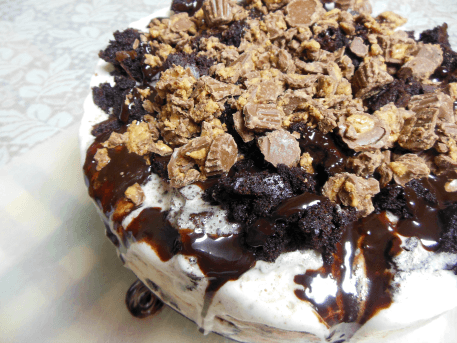 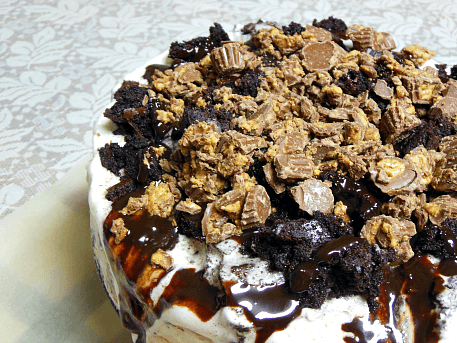 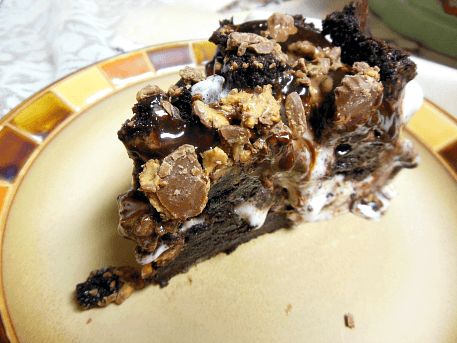 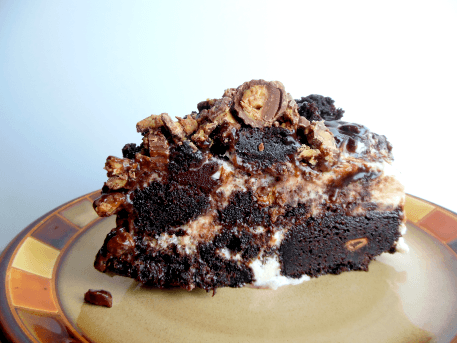 I recommend very very small slices. We cut them into these enormous things that made us feel so sick. We spent the rest of the night in a sugar coma.

I regret everything. But it was so good.

5 Tips for Eating Well on a Budget

oh my! this looks scrumptious. I pinned it for this summer (we also have tons of treats still in the house from last week).
visiting from Wine’d Down Wednesday

Leftover treats are the worst, amirite? 😉

Thanks so much for sharing on Turn It Up Tuesday! We love having you! 🙂

It really doesn’t get much better than ice cream and chocolate. 😀 And I love linking up with you! Thanks so much for stopping by!

Oh. My. God. I am literally salivating.

Oh my gosh! Mmmmm This is going to be our dessert for the weekend!

wow Chelsey, this looks delicious. what a fantastic mix of goodies.
Angel from Wake Up Wednesday

yummy chocolatey frozen goodness! Thanks for sharing on Turn it up Tuesday!

Thank you for linking up at Tasty Tuesdays! I am featuring your post at this weeks party! I can’t wait to see what you link up this week!
Have a terrific weekend!
Cathy
APeekIntoMyParadise.com
#TastyTuesdays

Thank you so much! I look forward to posting this week. 🙂