Why and How to Share Your Blog Posts on Tumblr

I’ve been using Tumblr for my blog since I started blogging. And I know three types of messages I”m going to be getting in response to this, because I get them every time I mention Tumblr:

You most definitely should look into it. So stop telling me you’re going to and just go do it. 😛

Let me answer number three before I get started. Yes, Tumblr IS its own blogging platform. How you use it to promote blog posts on other sites is…weird. Because it’s not a traditional blogging platform. It acts a lot like Facebook and…I think it’s difficult to understand if you haven’t used it. So let’s just get started. 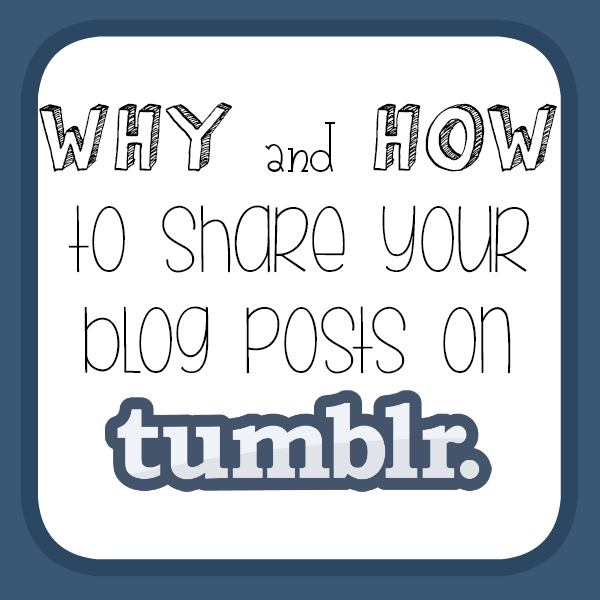 Why You Should Use Tumblr

With so many social media accounts taking so much time out of your day, wouldn’t it be nice to have one account do all the work for you and continue pulling in traffic?

The answer is yes. Yes, it would.

For the last two years, Tumblr has been one of my top 10 referrers. It brings me more traffic than Twitter. Far more. (Twitter is usually in my top 20). Though often less than Facebook. Sometimes it’s higher than Pinterest, sometimes lower. It fluctuates, but always remains one of my top 10.

3. All types of posts work there.

Is your blog photo-centric? Tumblr does well with photos, they attract very visual followers.

Is your blog mostly text? If it’s amusing or proves a point, people on Tumblr are really into that and generally open to having conversations. (Of course, there are people you don’t want to have conversations with on Tumblr, but that’s a different story.)

Tumblr is good for posting conversations, whole posts, partial posts, Instagram photos, links, videos. Basically anything. And it will get seen by someone as long as you tag it correctly.

It also works for different niches. Food does well, knitting does well, crafting, thrifting, health and fitness, beauty, etc. They all do really well. The only one I haven’t seen is parenting and it’s probably because that’s not a niche I follow.

How to Use Tumblr

Getting Tumblr to work for you is actually incredibly, incredibly easy.

1. Set up a Tumblr account. (I’m not writing up a tutorial for this. Just sign up for an account.) You can customize your site and everything, but I don’t worry too much about it. Most people aren’t going to be looking at your actual blog unless they need to ask you a question.

2. Log in to WordPress (I don’t use Blogger, so I don’t know how it works there).  From your Dashboard, go to Settings and Sharing. (If you don’t have a “Sharing” option in the Dropdown menu, you need to turn it on in Jetpack. It’s called Publicize.)

You should see a page that looks like this:

3. Make sure you’re signed into your Tumblr account. Click the Connect button on the right side of Tumblr. You’ll see this pop up:

This is getting permission on Tumb’lr’s end. Click Allow.

This is getting permission on WordPress’s end. Click OK.

And that’s it! Your Publicize page should look like this:

Now to get everything to post on Tumblr, all you do is make sure Tumblr is checked under Publicize in the right sidebar of your posts. You click Edit and the linked accounts should show up. As well as a box where you can edit the message that will show up with your post.

Then scroll down to your Tags.

Type in the tags associated with your post. This way, people on Tumblr can search for a tag and find you.

You can also add a featured image and it will show up on Tumblr, as well. But it’s not a requirement for using Tumblr.

That’s it! Getting Tumblr to work for you is so easy, I don’t see the point in not doing it. I almost never have to upkeep my Tumblr account (though I do log in, follow people, reblog other people’s stuff, and answer questions…but I don’t usually get questions).

The only thing you MUST do if you’re posting pictures is watermark them. My pictures get stolen on Tumblr A LOT. Until I watermarked them. Make the watermark difficult to remove, as well, because people on Tumblr are quite good at Photoshopping them out. But once I started watermarking my photos, they stopped getting stolen. (It was other bloggers doing it–someone used my photo to advertise her food blog.)

I love using Tumblr, though,  so all the crap I’ve had to go through to make it useful has been completely worth it. Give it a shot!

Do you use Tumblr to share your blog? How does it work for you? (Also feel free to follow me!) 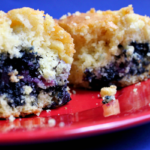 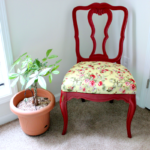