This stockinette striped ombre scarf is a simple, delicate-looking scarf. Stripes in two different hue-changing yarns give it a unique-looking color change.

Back in November, I saw a post on Knit Pick’s Instagram that I jumped all over. Someone was knitting a scarf using two different colored hue-changing yarns. Using a simple stockinette stitch, it was beautiful. It also happened to be exactly the sort of thing one of my sisters-in-law would probably like. She’s way into tie-dye, so anything with a lot of color makes a decent gift for her.

And I was really excited to see how mine would come out. 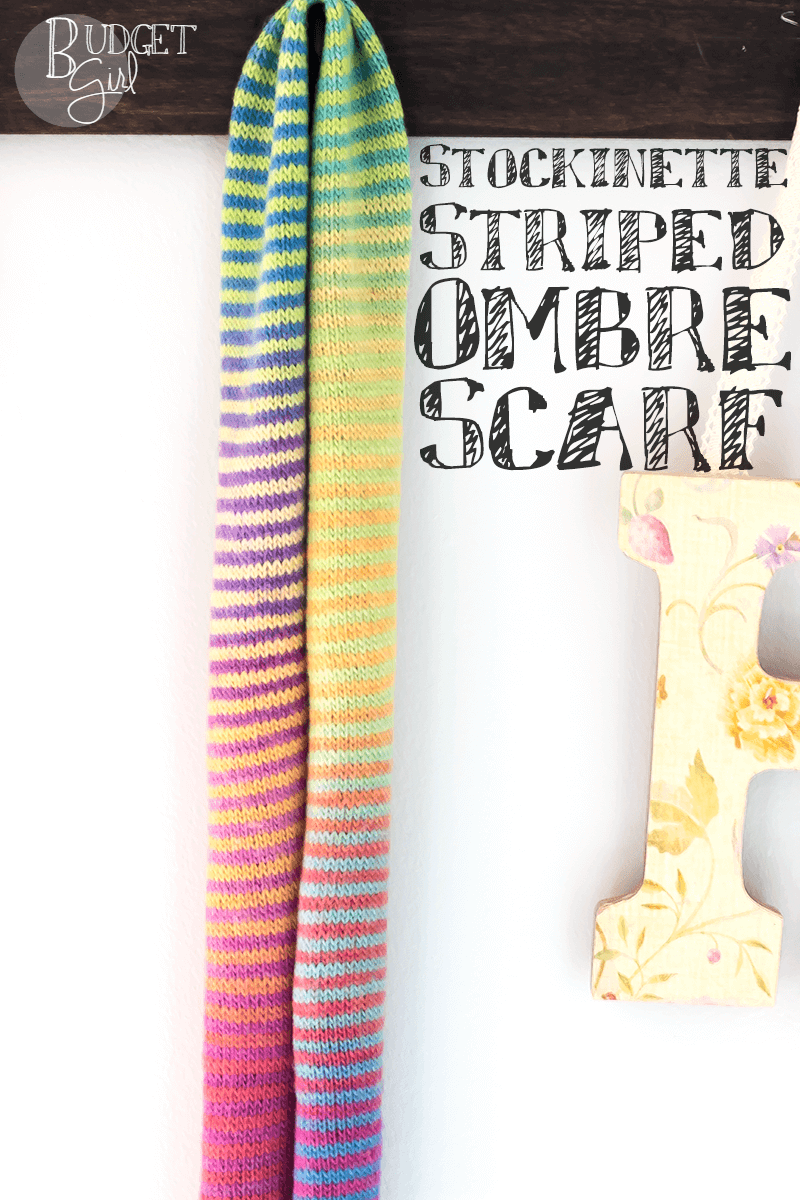 I also grabbed a set of US 2 needles (I use circular needles because they’re lighter, but you can use regular needles).

The scarf was simple. I cast on 39 stitches. For the edges, I used a chain edge described in this video. 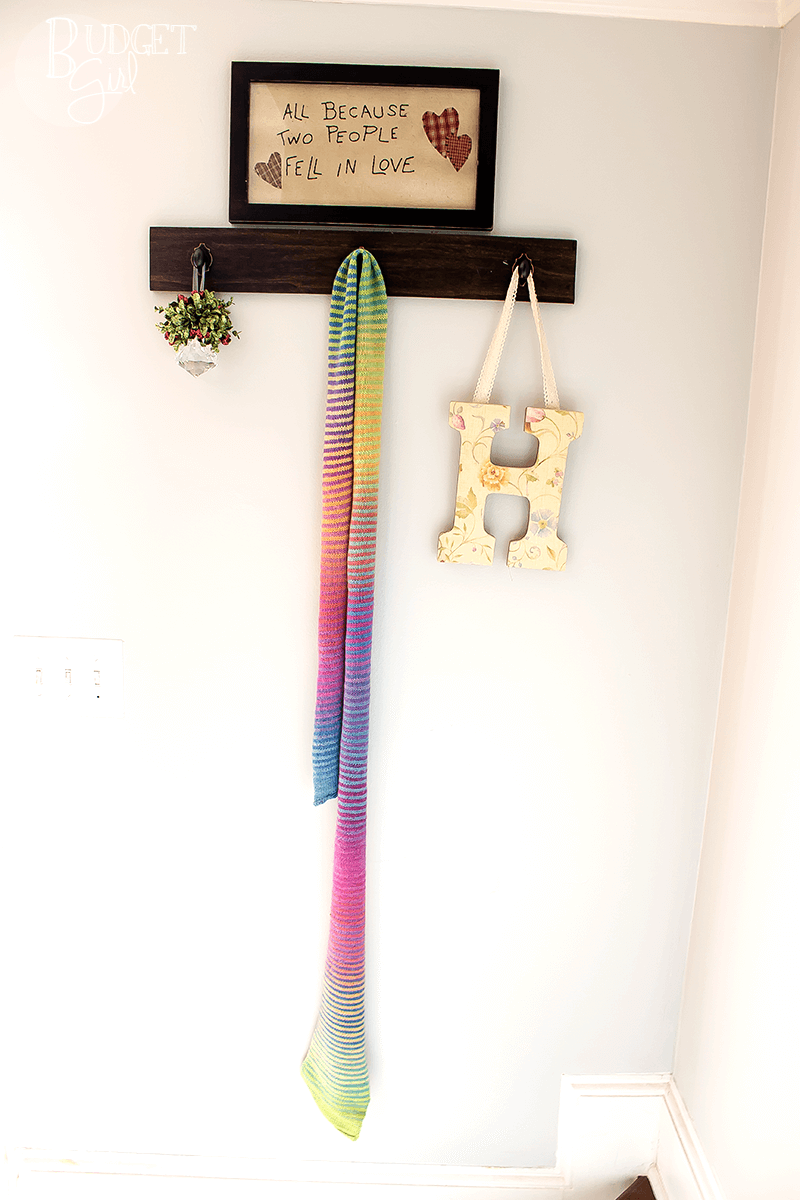 The problem with this is that the scarf curls and was a HUGE pain. But it has this nice, delicate feel to it. And it’s so long that the curling isn’t a problem for warmth.

If I did this again (which I may do, actually), I would knit in 1×1 ribbing and not block (so like the Noro scarf), OR I would knit in the round and make the scarf double-sided (and also get stockinette without having to purl). Then I’d sew the ends together and add fringe. As is, I decided not to add any fringe because I like it without.

Using either of these techniques, the scarf would be reversible, thick, and have no curling. 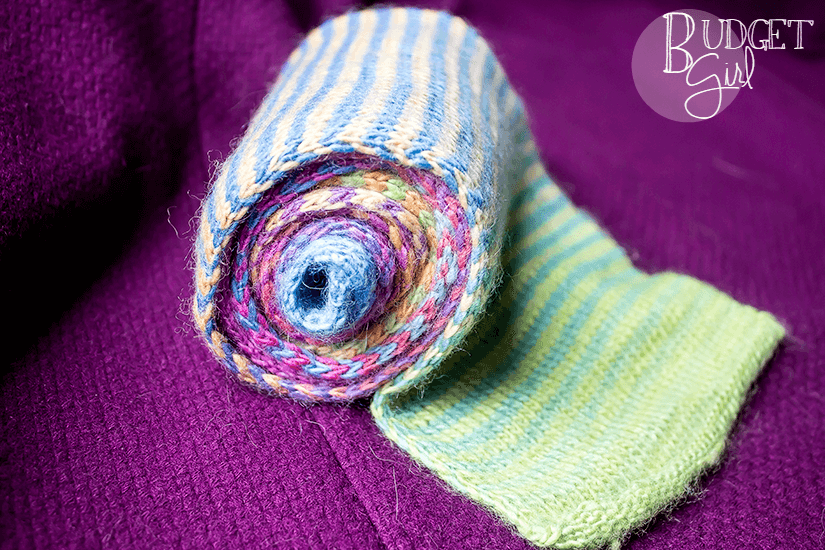 I did get some of the curling out, using various blocking techniques. Mostly, I washed the scarf (since it’s so thin, I put it in a delicate’s bag). Then, I laid it out on the floor and pinned it down using whatever straight, heavy items I had lying around (mostly board games). I let it dry flat that way, then I ironed it. So it’s mostly flat, but not what I was hoping for. 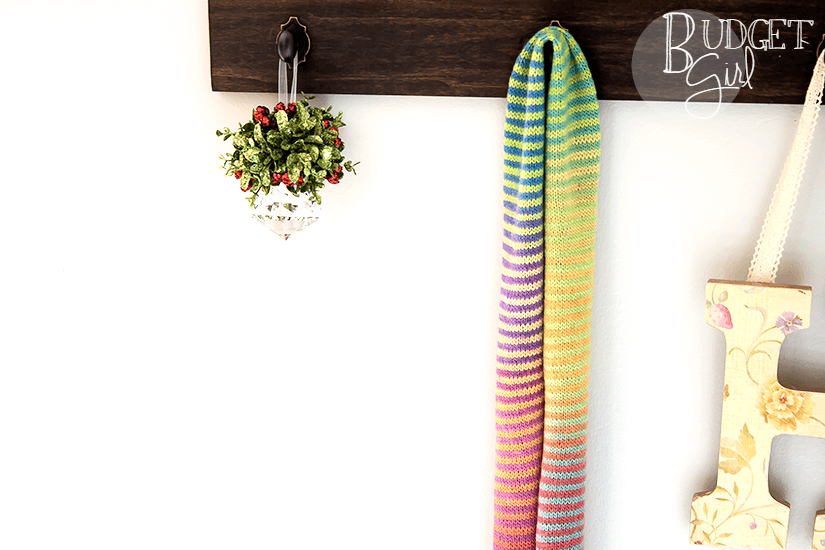 The biggest thing, though, is just how pretty the two types of yarn look together. I LOVE the Groovy yarn. I have mixed feelings about Pegasus. Even though the blues, greens, and purples are the exact same ones found in Groovy (which is more impressive if you happen to start the scarf with both yarns on the same color, then they look like they’re bleeding out away from each other, to meet again every so often), I don’t think I would use that one again. Mostly because the Groovy has so much blue and purple in it and not quite enough orange and yellow. So the next time I do this, I’ll probably go with a different color to complement Groovy. Something like Wildflower, Vermont, or Confetti.

Anyway, this is her Christmas gift this year, so hopefully she likes it!

And since I don’t have a mannequin, I had to wear it to get a decent idea of what it looked like on: 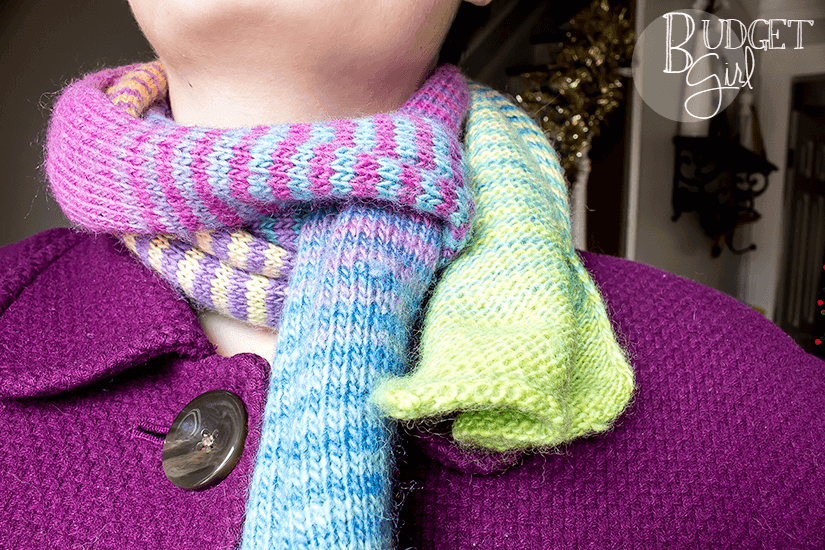 Despite the changes I’d want to make, I’m pretty happy with it. 🙂

Did you make any of your gifts this year? 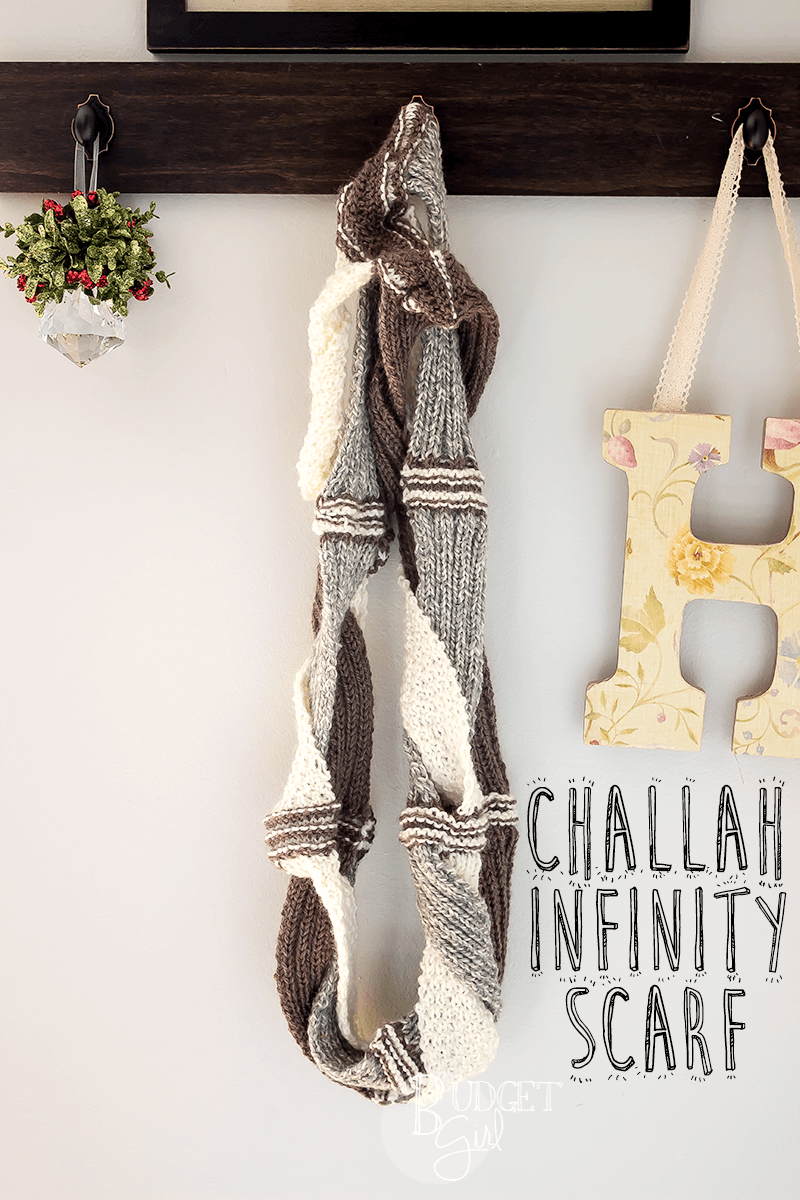 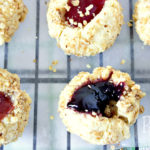 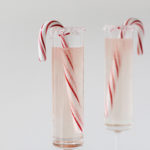 I am loving this idea, the effect is just beautiful. I can see this in my future, it’s too simple and lovely not to try!
With the curling thing, I made my daughter a stocking stitch scarf,(a Harry Potter one and still the most popular post I’ve ever written) I did that on round needles and it doesn’t curl at all but it is a lot more knitting – but then it’s all knit, no purl to slow you down.
I’ve also just finished another scarf for a Christmas present so I can’t write about it till the new year and for that I did a basket weave, little squares of knits and purls. The effect is not so smooth, so I’m not sure if the stripes would come out as lovely as they do in the stocking stitch but that pattern doesn’t curl at all either.
I like this so much I think I’ll do some experimenting in the new year. Thanks.

So pretty! I crochet more than I knit, but I certainly appreciate the work!

Wow, I love this scarf. So unique. The colors are great.
Thanks for sharing at Over The Moon Party,
Bev

The colors of this scarf is beautiful. Love the ombre idea of this. Perfect for winter or summer.