I am so sick of commercial cleaners. Partially for the usual reasons–harmful chemicals, price, etc.–but mostly because they don’t clean anything.

Has anyone else noticed that?

For instance, I bought a bottle of bleach to clean my kitchen floor…and then three things happened. Firstly, I burned my finger because I was lazy about diluting it. Secondly, it smelled horrible. Thirdly, it did NOTHING. So I dumped it, filled my bucket with water, vinegar, and dish soap, and now my floor looks fantastic.

I will admit…vinegar is my go-to for cleaning now. I use that on everything. It disinfects, cleans better than any store bought cleaner, and smells nice.

Despite my growing hatred for basically all commercial cleaners, I was using Clorox bathroom spray to clean my tub. The only reason was that my landlady used it to clean the bathroom before I moved in and then she left it here. So I had a nearly full bottle. But it never did a very good job. It smelled horrible and I had to scrub for what felt like forever to  get it to do anything.

And then I found a recipe for tub & shower cleaner.

What you will need:

Step 01: Put your white vinegar in the microwave for about 3-4 minutes. (You can also do this to loosen the crud in your microwave to make cleaning it easier.) BE CAREFUL! Vinegar gets EXTREMELY hot. You will probably want to wear oven mits as you handle the hot vinegar. Once it’s done, funnel it into your spray bottle.

Step 02: Add the dish soap. Some people swear it has to be Dawn’s blue soap. I used a generic green soap and still had fantastic results. Try it with your favorite dish soap, if you feel like experimenting. (I hear Palmolive works, too.)

Step 03: Still wearing your oven mits, shake the bottle until the vinegar and dish soap are completely combined. This could take a minute.

Step 04: Spray it all over you bath tub/shower and gently scrub. I used a brush that I specifically use in the bathroom. Yes, unfortunately, it does require scrubbing…but not hard scrubbing and it doesn’t take nearly as long. Once you’re finished, turn on the shower head and rinse.

My tub hasn’t been this clean…in a while. And it made my kitchen sink sparkle. I love this stuff. It cleans better, cleans easier, and it’s much cheaper than a store-bought cleaner. It smells pretty nice, too!

I actually found this recipe on Pinterest–I believe this is the original. And then this blogger says Gain is a good substitute for Dawn. Apparently I’m not the only one happy with this product. And for good reason! I will never use another commercial cleaner again. (Well, besides Dawn. I suppose that is a commercial cleaner. :P)

One more thing! I am planting a container garden filled with vegetables this year. I’ll keep you updated on how that goes. I’m pretty nervous, since I’ve never grown vegetables out of the ground before. I’m trying strawberries, zucchini, green bell peppers, string beans, tomatoes, and basil. I intend to get more herbs and I am thinking about blueberries (and Marguerite Daisies just because they’re my favorite flower and I really want some in my garden–Lowe’s has some that are an adorable, subtle lavender color). Zach and I go through zucchini and bell peppers so fast, I thought it might just be a better idea to grow them. I’m sick of paying so much for vegetables and then feel rushed to use them because they go bad so quickly (the price I paid for an already started vegetable plant was the same as the price I pay PER WEEK to get the vegetable from the grocery store). 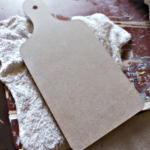