Has anyone else seen those KFC pot pie commercials? Or should I say, “Pat pay.” (That guy drives Zach crazy.) Well, it did one thing successfully–after the third round of this commercial, we really wanted a turkey pot pie. But no way am I getting them at KFC. So I tried my hand at one of my own! 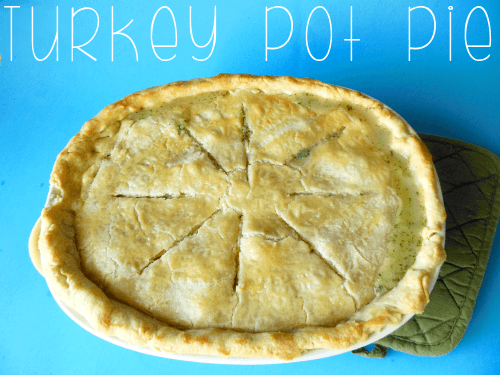 Step 01: Make the crust first, because you’ll need to refrigerate the dough. I actually used Martha Stewart’s crust recipe. It’s very butter and has a nice, soft texture, so I recommend not straying from that recipe. While the dough is chilling, move on to the next step.

(I based my filling on a recipe from the Food Network. I added a bunch of stuff to it, though, and changed some measurements.)

Step 02: Preheat your the oven to 350°F. In a small saucepan, melt the butter. Add the carrots and cook for 2 minutes, or until tender. Add flour, cook for 2 minutes, and add broth. Bring the pan to a simmer and add the potatoes. Simmer the potatoes until tender. Stir in the turkey, spices, and frozen vegetables. Simmer until thickened. Pour the filling into a 2-qt casserole dish. 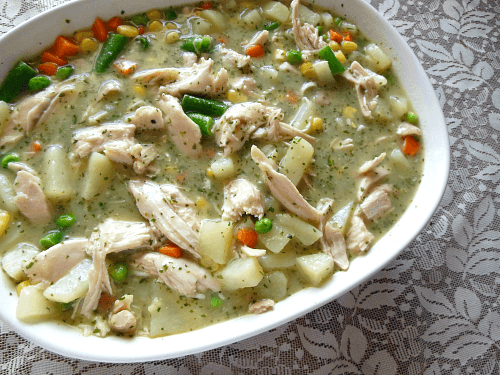 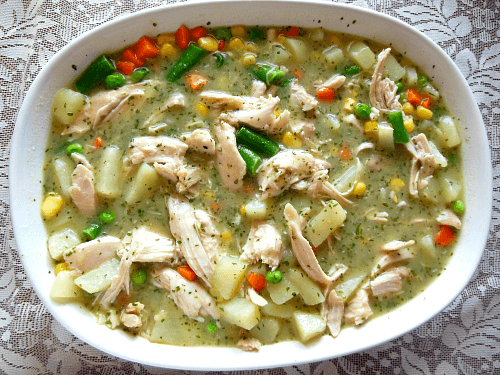 Step 03: Once the crust is done chilling, roll it out flat, place it over the casserole dish (tucking in ends), and cut some ventilation in the center. Bake for about 45 minutes, or until crust is golden and the filling is bubbling.

FYI, according to Martha’s website you can make this ahead of time (the crust will stay intact), freeze it for up to 4 months, and bake it at 425°F for 1 1/2 hours. Yay, freezer meals! 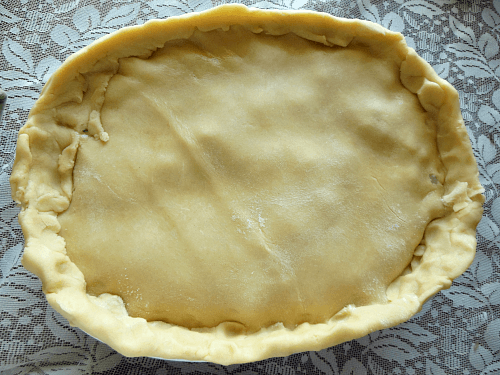 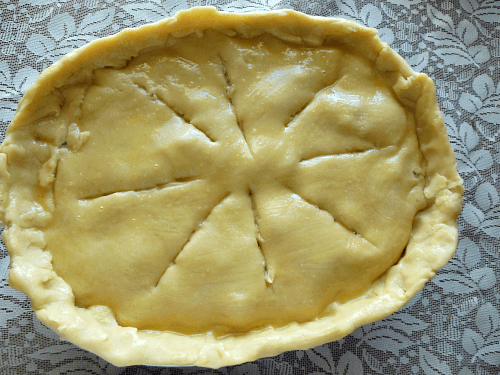 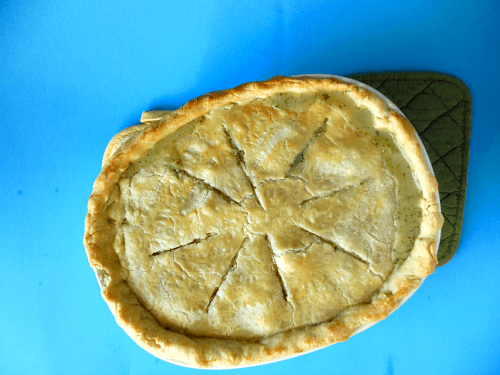 This was actually relatively simple to make (no more difficult than my tuna casserole). If you don’t like making crusts–and I don’t blame you–a pre-made crust can be used instead. I do recommend giving this one a try, though, because it was perfect. Exactly what I was looking for in a crust.

7 Crafts I am DYING to Make

Wow! Your pot pie makes me hungry! I love pot pies but don’t usually make them because they take a long time & I’m the only one in my family who likes them.

Your recipe looks very appealing, though!