Today is Budget Girl’s second anniversary! That really crept up on me.

It’s also the beginning of October, so I’m going to share a really easy Halloween craft with you.–Yarn Pumpkins and Mummies! 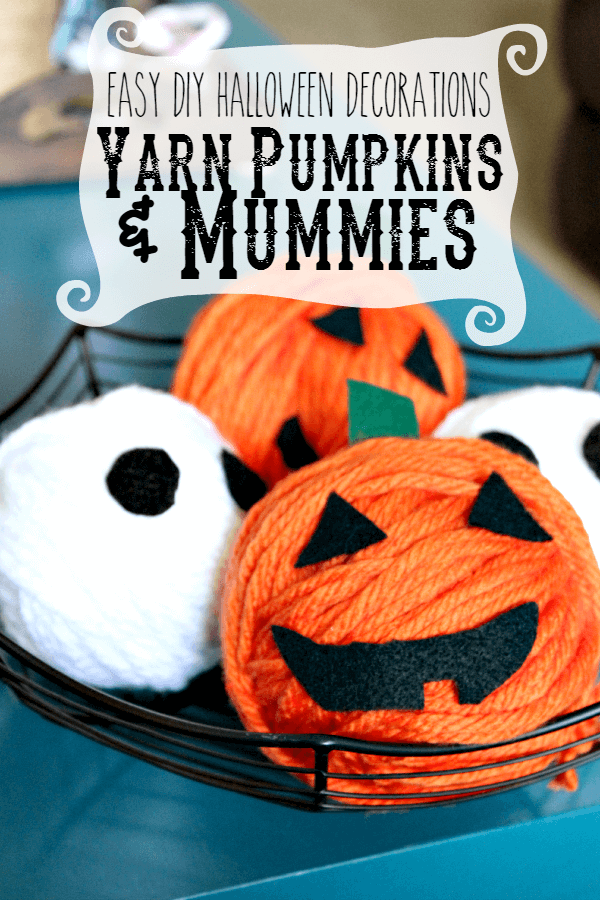 A few years ago, I bought this Halloween bowl (?) at TJMaxx. I guess it’s supposed to be for candy? I’m not sure, but it was cute. I’ve spent the last two or three years trying to figure out what to do with it. This year, I came up with an idea.

The Styrofoam balls are great if you want to make a bunch of these because they require less yarn. If you only want a couple, though, you can just wrap the yarn without it. 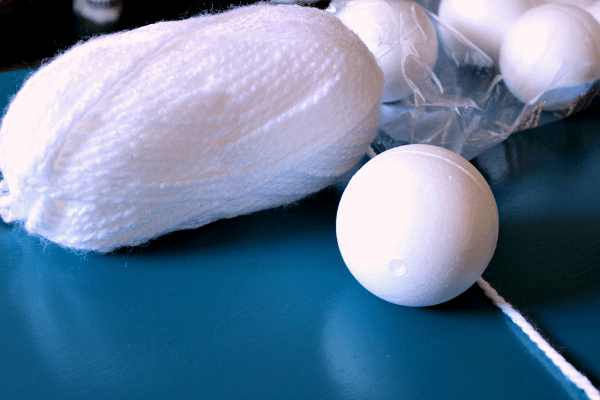 Step 01: If using Styrofoam, glue the end of the yarn down. Then begin wrapping! Continue until the Styrofoam is completely covered or until you’ve reached the desired size. Cut the yarn and wrap the end under.

Step 02: Cut eyes (and a mouth, if making pumpkins) out of the black felt. Stick it on the yarn. You can glue it down if you want it to be permanent (or if you have kids who might play with these), but the felt will stick well enough to the yarn. Cut a stem out of the green felt (for pumpkins) and do the same.

I free-styled the faces, but you can use white chalk to make an outline before cutting.

That’s it! Display and enjoy! 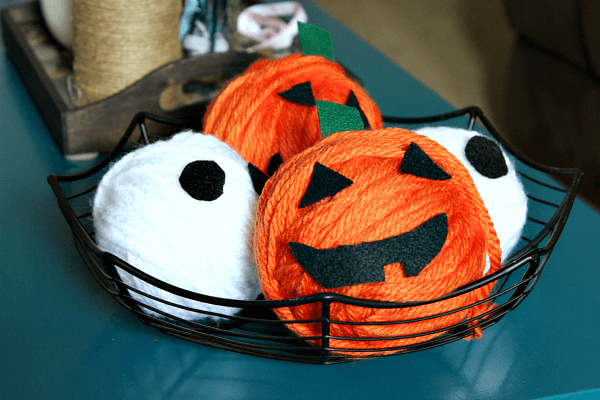 What crafts do you have planned for Halloween?

Love these! They are so fun! Thanks for sharing!

G’day Thanks for sharing at our #SayGdayParty We do hope you will stop by if you haven’t already and say G’day to someone else at the party and perhaps you will answer a question or two for me! Pinned
Cheers! Joanne﻿ What’s On The List?﻿

what a fun and cute idea! I have TONS of yarn here, now to have some fun with this 🙂 Love that bowl! You could just hang it on the wall too. have a great week!

I didn’t even think about hanging it up! That’s a unique idea. I’ll be using this yarn at some point, so that will definitely be a consideration for next year. 😛 Thanks for stopping by! 🙂

Happy Anniversary! This is a really cute idea 🙂

This would be great to keep my kiddos entertained! Thanks for sharing with us at the Teach Me Tuesday Linky Party:)