Pumpkin Bombs are like an Irish Car Bomb, but for fall! Great for tailgates or football parties!

Or in this case, the fall version of an Irish Car Bomb.

Those of you who were around last year might remember my pumpkin pie liqueur. I believe that was my biggest hit on last year’s series (it definitely was with Zach’s co-workers). Well, I decided to make it again this year! Last year, I had wanted to make mixed drinks with it…but it mysteriously disappeared at a tailgate last year and I didn’t get the chance. 😛

Number one on my list this year: pumpkin bombs!

Note: This post contains affiliate links. If you’d like to know more about my affiliations, please read my Disclosure Statement. 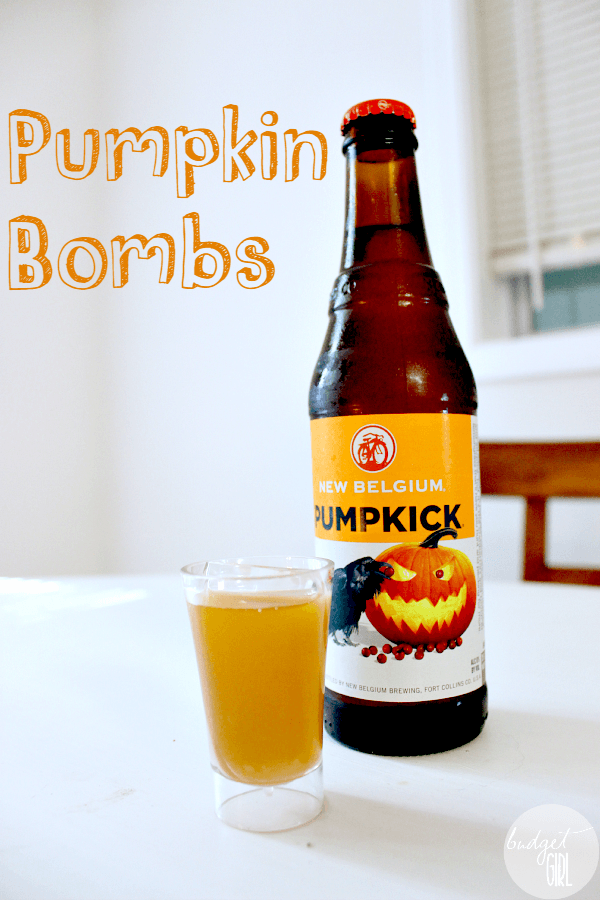 Step 01: We used handy twist shot glasses similar to those ones (though they’re actually plastic shots that you can find in liqueur stores–they’re called Twisted Shotz. We drank them a few months ago, but kept the cups because look how handy). They separated the liqueur which was perfect for getting pictures! 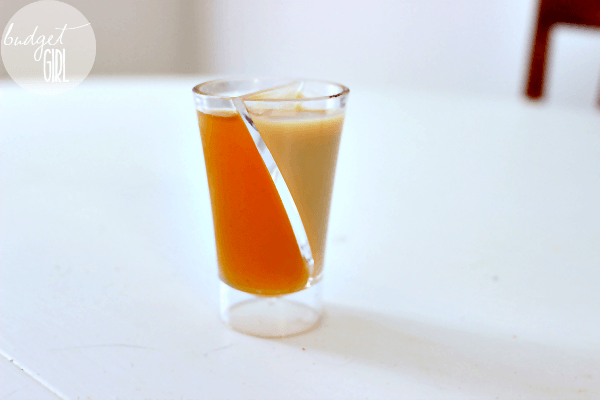 Step 02: Pour your beer. My glasses aren’t big enough to hold a whole beer and a shot, so we did half a beer each. You can do it either way. 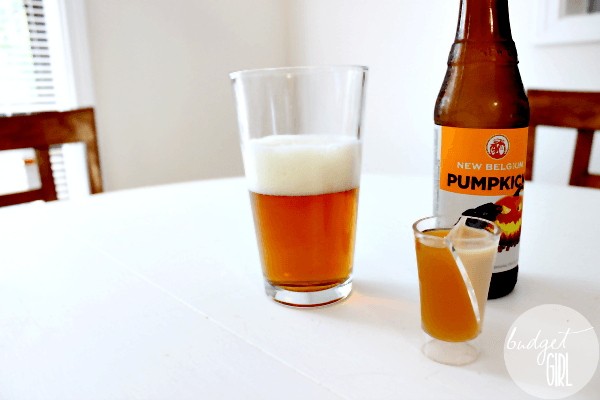 Step 03: Drop the shot into the beer and chug! Zach kindly demonstrated for me. 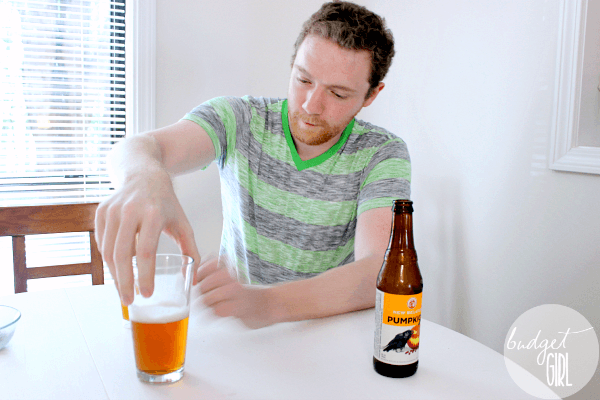 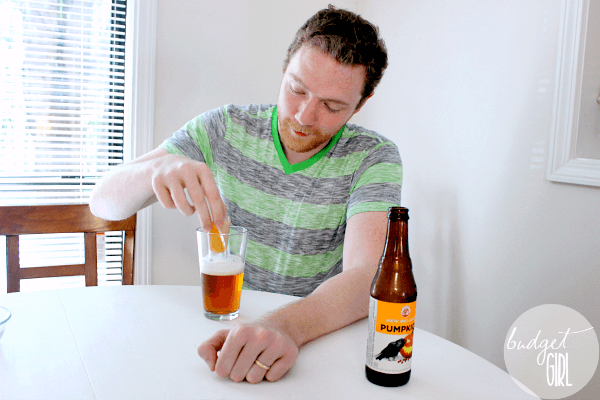 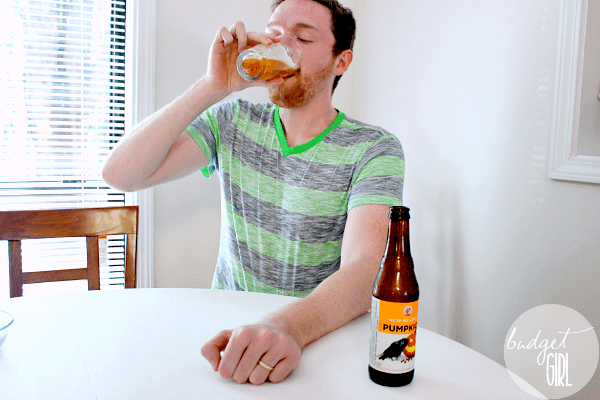 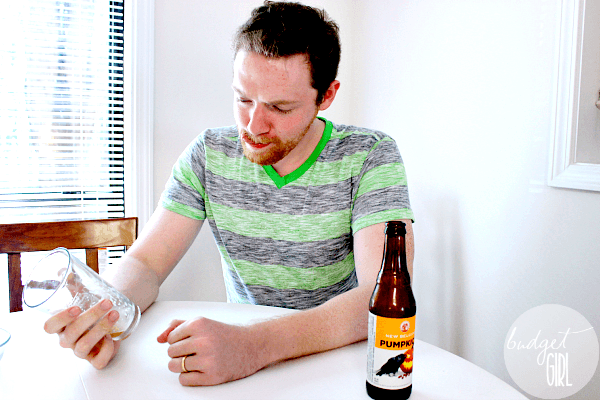 I did mine after him, despite him refusing to tell me what it was like or if it tasted OK.

Good news: it was nice! The pumpkin pie liqueur tastes like…well, pumpkin pie. And the Irish cream tasted like whipped cream. Those both sank to the bottom, which was a nice, sweet treat after downing half a beer. 😛

If you’re looking for a good time and you’d like to get some booze involved, this was a lot of fun and could make for a great night. It was the middle of the afternoon (we decided to do it this past Saturday) and we were expecting company, so we chose not to keep the party going. 😛 But what a way to welcome fall!

ETA: If you saw this post when it was first published, then you were probably shocked to see that it was 1500 calories. That was NOT correct. The plugin calculates the nutritional information based on the measurements you give it…and apparently “1/2 a shot” is not a real measurement. 😛 So I fixed the recipe and the calorie count is now MUCH closer to what it really is.

Your nutritional information will depend entirely on the type of pumpkin beer you buy.

What would you do with some pumpkin liqueur? Let me know in the comments and maybe I’ll give it a try! 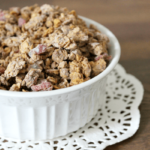 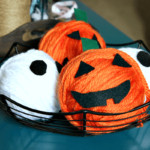 Yum! I bet these are good. I’d love to try them out tonight but i’ve got to work tomorrow too, boo!

Awww! 🙁 Another time, then!

Looks like fun! I will have to look for that version of beer…haven’t seen it before. Lord have mercy…look at the calories and carbs on that bomb! I saw your post over at Natasha in Oz’s blog party.

Hello, Miss Kitty! Fortunately, the nutritional information on this is COMPLETELY incorrect. But the plugin won’t let me edit that information. The ACTUAL calorie count (for a whole beer) is 280, with 19 grams of carbs. Enjoy!

Edit: Putting in the actual measurements (in ounces) seemed to help. Fixed! 😛

I wasn’t even looking at the calories until I saw Miss Kitty’s comment-glad you were able to fix it. Was it high in your original post? Thanks for sharing the recipe. I will be featuring it at my Friday Favorites post this week!

Omg, the calories were set at 1500!! I know alcohol isn’t great for you, but there was no way that was right! This plugin doesn’t let me set the nutritional information manually…and apparently “1/2 shot” doesn’t count as a real measurement. 😛

And thanks so much! I’m glad you liked my recipe! 😀

It’s good! I think the New Belgium shown in this post is the best I’ve had–a lot of pumpkin beers just taste like regular beer. But NB has a subtle pumpkin taste to it and it isn’t bitter like a lot of other pumpkin beers. I’m on a mission to try them all (this is obviously a long-term goal 😛 ). I hope you like it!! 😀

This sounds yummy! I love Irish Cream:) Thanks for sharing with us at the Teach Me Tuesday Linky Party!

Irish Cream is fantastic! Thanks so much for stopping by! 🙂