Blackberry Pie with a Crumb Topping

A couple weeks ago, some friends came down from West Virginia to see us. On the way, the had stopped by some farmer’s markets and picked up a bunch of blackberries. When they walked through the door, they handed me the berries and asked, “Would you make a pie with these?” 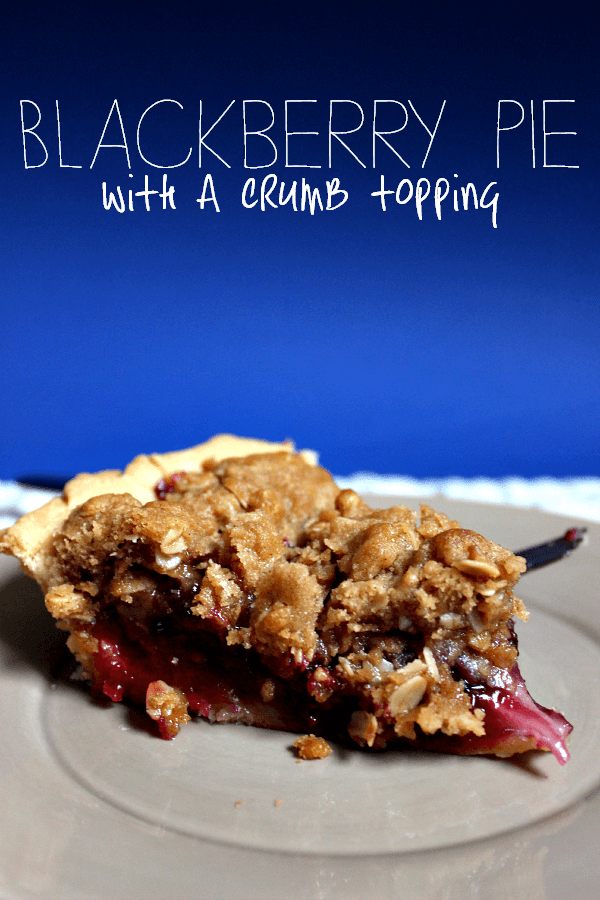 Blackberry Pie with a Crumb Topping

Step 02: Preheat your oven to 400°F. Bake the pie for 15 minutes. Reduce the heat to 325°F and bake for another 45 minutes or until the topping is golden brown.

Step 03: Let the pie cool on a wire rack for two hours before serving. 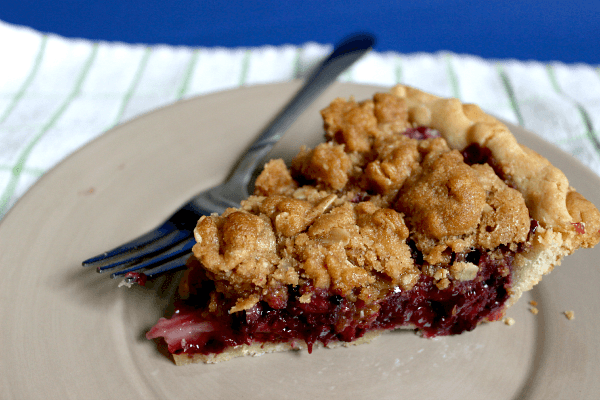 Zach doesn’t like blackberries much. The seeds get in the way and ruin them for him. But he really enjoyed this pie. It’s tender, sweet, and I love the way the topping contrasts with the filling in a way topping it with another crust wouldn’t have done. (Plus crusts are hard. I avoid crust toppings whenever I can. 😛 )

FYI, the blackberries can be replaced with any other berry (but not any other fruit–don’t replace them with apples, for instance. It won’t bake right).