I haven’t done a Saturday Game Review in a while, have I? Sorry about that.

All I’m really playing at the moment is Zelda: Link to the Past, which I will not be reviewing today (if ever). Really, the only thing I have to say is that, while I have played Zelda games, I have never once beaten a Zelda game. I either get to a part that I have trouble with and wind up taking a break and never going back to it. Or (most commonly) I take a little break, forget what I was doing when I pick it back up, try to remember, and eventually just say, “To hell with it.” Most of my friends love Zelda games, but I’ve always been the one who can’t quite get into them…until about two to three hours into the game play (whereas most other games I’ve played captured my attention nearly immediately). But then I get bored or confused or overwhelmed halfway in and never finish (Twilight Princess was a disaster…on my end, anyway). So my goal now is to actually finish a damn Zelda game. So far it’s not going so well. I’d rather not get into the details….

So today I’m going to talk about one of my favorite board games!

For TableTop Day two months ago, we had a couple friends over. We had Easter dinner together and we played some table top games; namely, Arkham Horror, Cards Against Humanity, and Carcassonne.

The last one was definitely the biggest hit.

Carcassonne (available on Amazon) is a German game with a very simple premise–control the world. It’s set in a medieval time period and basically what you’re doing is building cities, roads, farms, and cloisters. The rules change with expansions. So to keep things from getting too complicated, I’ll only be discussing the main game today.

In the base game, the meeples come in red, yellow, green, blue, and black. More colors are added with the expansions. The meeples are your game pieces.

Each player takes one of their meeples and sets it on the start block. You’ll move these pieces around as you gain points. There is no limit on how many points you can gain. The board has 50 spaces…if you go past 50 points, you just make another lap around the board. It is extremely important that you keep track of how many laps you’ve made. Someone will inevitably make more than one.

There are many ways to gain points in this game. There are also many ways to keep other players from gaining points. We’re going to concentrate on how you gain them, though, because keeping someone from gaining points is something you can really only master by playing the game and becoming accustomed to the rules. And by having someone else screw you over. This game gets very competitive. Zach and I have had more fights over this game than anything else. If we were to ever divorce, it would probably be over a game of Carcassonne.

You start with this piece (yes, every time…it has a mark on the back so you know which one it is):

You put the rest of the tiles in a randomized pile and each player takes a turn picking one up and putting it down.

You can only connect a tile to a tile that already exists and your tile has to also match up to any other tiles it touches. Depending on the card you pick up, there many things you can and can’t do with your tile. For instance, if you have a tile with both a city and a road, you cannot connect the city to an existing city tile if the road does not match up with one of the tiles around it (this rule is moot if there are no other tiles around it).

Things that get you points:

*Unlike everything else listed, farms are tallied up at the end of the game. During the game, farms will sometimes connect. In that case, meeples cancel each other out. The points go to whoever had the most meeples sitting on the farm at the end of the game. Farms are where trying to screw each other over throughout the game become very important. Zach and I once played a game in which Zach had 0 points throughout the whole game and another player had about 50 points. At the end of the game, farms were counted…and Zach beat us all. Farms can be really beneficial if you can figure out how to do it.

Anyway. In order to get points for something, you lay a meeple on it to claim it.

This is a city that I have claimed (the while lines in the grass are unclaimed roads). I find that cities and roads are the easiest to complete and gain points from.

If this is the way my city looks at the end of the game, I get three points. It might look like I should have four, but that fourth piece on the left is not technically connected to my city, even though the borders are touching…because there is nothing in between the borders to connect them.

However, if whoever laid down that tile wanted to keep me from getting points, they could claim the tile that is not connected and then use another tile to connect our cities. They wouldn’t get any points, but neither would I. This is a good defense if you’re playing with someone who is just wiping the board with you.

I did complete the city, though, so I get full points. Also, do you see that blue and white shield on the bottom right tile? If you have a piece with a shield on it, you get double points for that tile. That means I wound up with 10 points, instead of 8.

This is a cloister. In order to gain points for a cloister, you have to completely surround it with other tiles, which is more difficult than it sounds.

This is a completed cloister. I’ve found that cloisters connected to roads are easier to complete, because you can just run a road around the whole thing. Of course, this depends on how late in the game you get a cloister.

The meeples that are sitting in the grass are there to claim farms. At the moment the red farms and the green farms aren’t touching. If they do somehow connected, meeples will cancel each other out. That’s why I laid down two red meeples. You can’t lay a meeple down on an existing farm, but you can create a second farm and try to connect them. If I can connect my two red farms, then I have a very big advantage.

Do the rules make sense so far? (Feel free to ask questions on anything you need clarified.)

What You Should Know:

The thing that trips up most novice players is figuring out where they can’t lay down tiles. In the picture above, look at the tile on the bottom left. If I had rotated it so that the grass connected with the road above it, that would be considered an illegal move. In this situation, it’s simple. But if another tile was there beside the red meeple’s tile, it would have complicated matters. Basically, if your tile will be touching other tiles, make sure like connects to like. I’ve played whole games where a newbie made an illegal move and I didn’t catch it because I was too busy trying to come up with a strategy of my own. It’s less likely to happen to you if you’re playing with someone who knows the game, but you should still be aware of what you’re doing.

In the end, it all comes down to practice.

This is such a fun game and it’s extremely easy to learn. The company markets it to audiences age 8 and older, but I would say you could knock off a year or two if you feel comfortable with your child’s ability to learn this game. However, just because it can be for young audiences, doesn’t mean it’s boring. Some rules can be complicated (apparently farms can sometimes confuse younger children), so I’ve heard of parents ignoring certain rules.

After 2-3 plays (avid gamers won’t even need one game, though), you should be pretty well versed in the rules, as long as you pay attention. It’s a short game–30-60 minutes, depending on how competitive you are and how many players you have. Zach and I can get through a game in roughly 20 minutes if we’re alone and really motivated.

(Short rant: The easiness of this game is why it annoys me to play with people who also want to play on their cell phones throughout the game. We all check our phones once in a while, but if I have to say, “HEY! It’s your turn” then you’re not paying enough attention and you’re ruining everyone else’s experience. The people who play on their phones during the game also have a much harder time learning the game. But there are some players who just sit there until you tell them what moves they can make because they won’t pay enough attention to figure out how to place a simple tile…which is annoying. I usually take advantage of those people by telling them to place it somewhere that will earn me points. 😛 They would be able to avoid being taken advantage of if they would pay attention, though, so I don’t feel bad about it. Not even a little.)

This is in my top 5 favorite games…probably #1. It’s my go-to game for 1) new gamers, 2) any game night ever, and 3) a rainy evening. It’s especially fun when the electricity goes out and all you have are this game, candles, and wine. Yes, I know that from experience. 😛 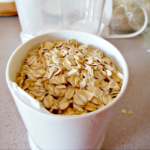