This carrot & white bean hummus is simple, flavorful, and this recipe makes a ton. There’s one secret ingredient that is rather subtle, but really amps up the flavor.

Zach and I love hummus and I had never heard of it being made from anything besides chick peas. I have to say, I think I enjoy the white beans more than the chick peas. Plus the freshness of homemade hummus versus store bought just can’t be beat. For the sake of not having to go to the store on the day of the Superbowl, I decided to leave some stuff out (like miso and coriander)…everything else, I already had in my cupboards. And it turned out great! I also left out the lemon juice because Zach and I both dislike lemon-y hummus, but you can add it in there if you like it. 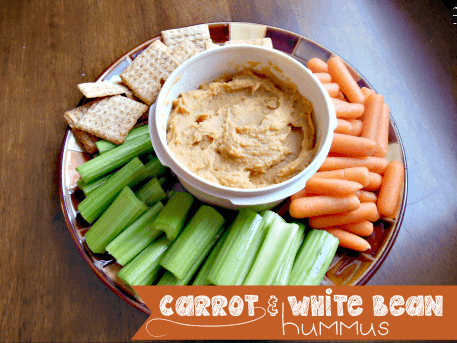 Step 01: Dice the carrots and boil them until tender. At the same time, boil 1/2 cup of beans. (If using canned beans, drain them.)

Step 02: Place all ingredients in the food processor. Blend until everything is combined and there are no more chunks. (It will still look like it has chunks, but they won’t be chunks of something.)

Step 03: Serve with your favorite veggies. Store leftovers in an airtight container. Keep in the fridge. 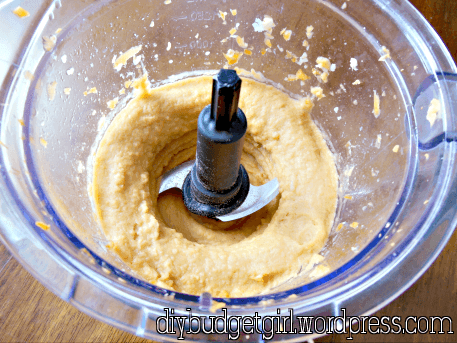 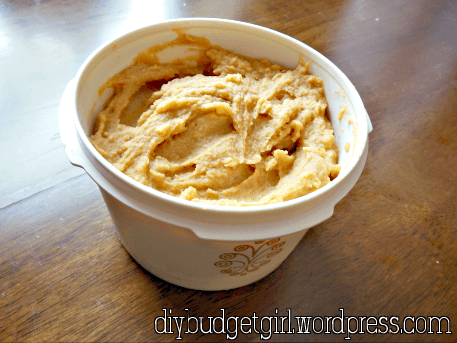 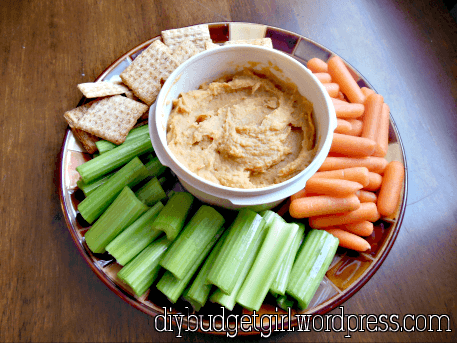 No, carrots with carrot hummus isn’t overkill! What’s wrong with you? 😛

I’ll be honest…I thought this was going to be completely disgusting. But it was very good. Zach said it was the best hummus he had ever had, homemade or store bought. His favorite, though, is roasted red pepper. I think I may have to try my hand at that one at some point. 😀

Looks totally scrumptious! I actually prefer other-bean hummus, too, unless it’s the totally traditional flavor. (But I must admit. . . I DO like lemon in my hummus!) 😀 Thanks for the mention!

It took me longer than I’m proud of to realize you’re the OP. Thanks for the recipe!! 😀