I swear this is the last time I will blog about the clothespins. But I wanted to show you what I did with the tiny ones. 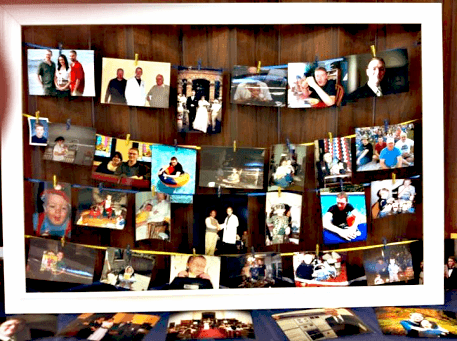 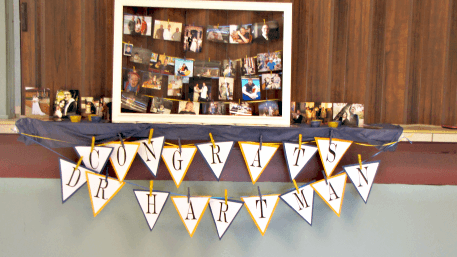 And now…what that inspired me to do with them once I got home.

For the original, I hung up the pictures using pieces of ribbon. I wanted to create something similar for my apartment, but it needed to be sturdy (the one at the party was being held up by pieces of double-sided tape that kept threatening to let go) and it needed to match the rest of my decor.

So I came up with this: 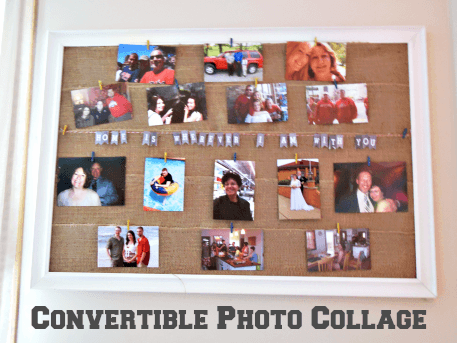 Step 01: Take apart the frame, keeping everything except the glass. (You can keep your glass for a future project if you want. Mine was very cheaply made, though, and had very sharp, rough edges. I cut myself pretty deeply on it. After nearly running right into it a couple times, I decided it just had to go.) Unroll a large piece of burlap trim and hot glue the edge to the back of the frame. Roll it to the opposite side, cut to size, and hot glue that part, as well. 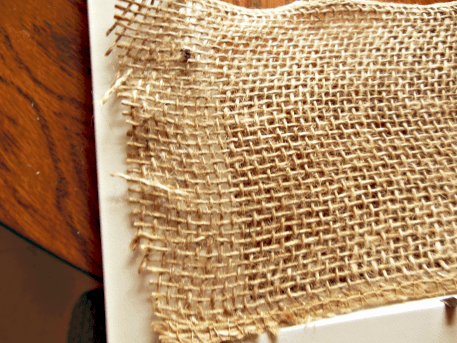 Step 02: Place another piece of trim above the first piece, but let it overlap about 1/2 an inch or so. Hot glue both to both sides. Repeat this step until the frame is completely covered. Then put the cardboard/frame backing back on, behind the burlap. Secure. 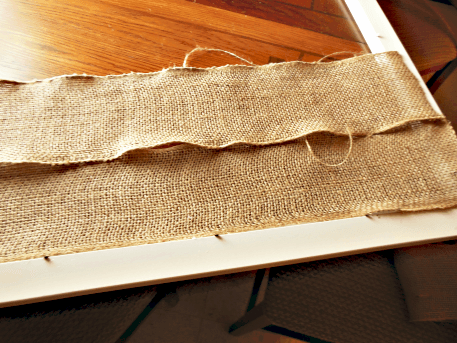 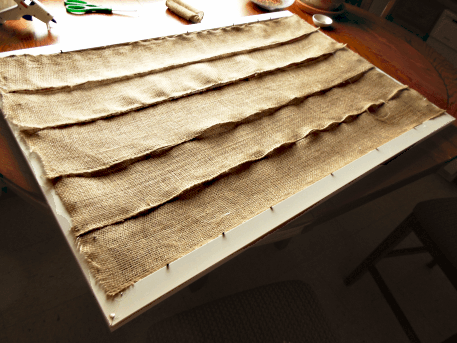 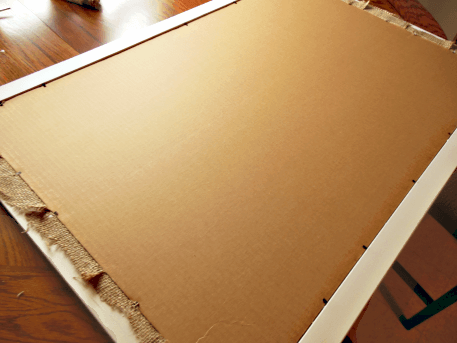 Step 03: If you want some bunting on your frame, go to Yellow Bliss Road and print out her chalkboard bunting printable. Print off the letters you need, cut them out, and fold them in half. Do not tape or glue them yet. Then cut a piece of baker’s twine and use either hot glue or clothespins to secure it to the burlap. (I used both.) 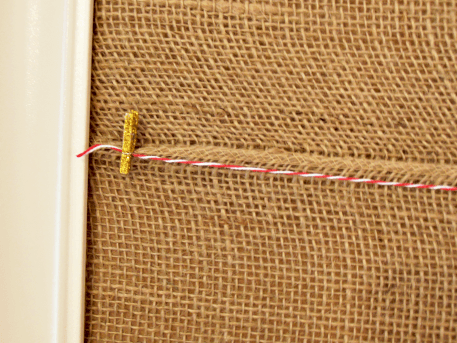 Step 04: Lay the letters over the twine, position them, and then use double-sided tape/glue to close them.

Step 05: Use mini clothespins to hang pictures all over the frame. (Note: I used hot glue to put clothespins where a seam didn’t exist.) I gathered a bunch of photos of family members, but this would also be cute for wedding photos. 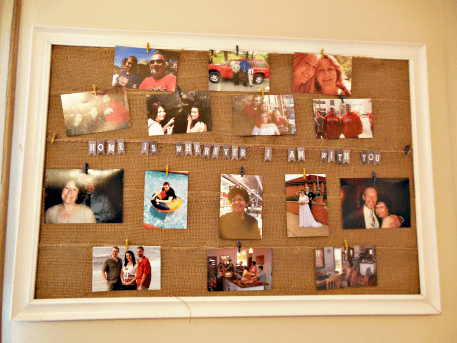 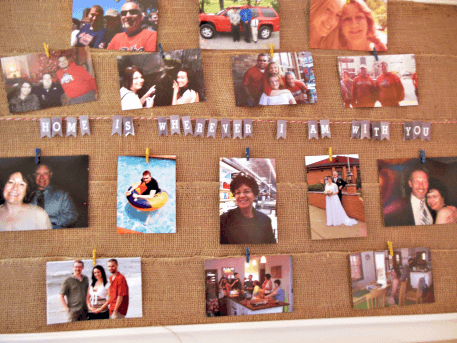 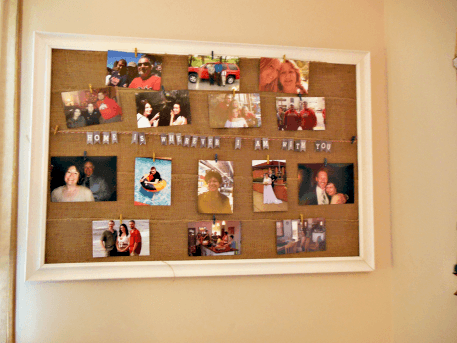 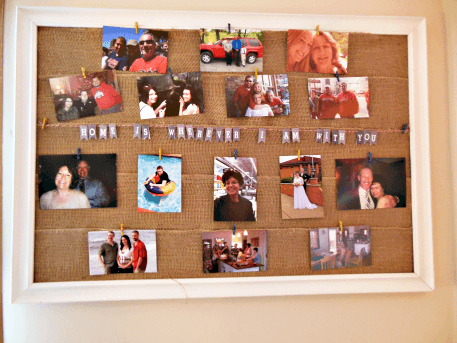 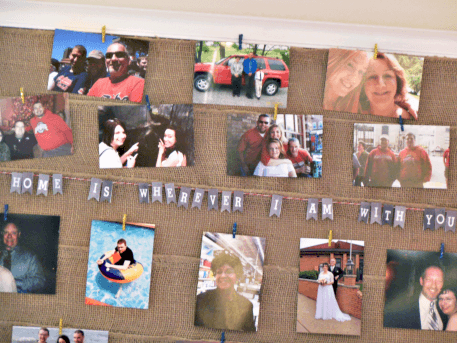 If I could do it again, I would have used a trim that wasn’t so wide. But I already had this stuff laying around the apartment, just waiting to be used for something. (I can’t remember why I bought it originally…. Obviously for something that failed.) A lace ribbon would look really nice, as well. Alternatively, you could just place a whole piece of burlap fabric on the frame and use hot glue to attach all the clothespins. I prefer this method because I can move pins as needed, should I decided to change out my pictures.

I’m really happy with this, though! I was really worried it wouldn’t work, but it seems pretty solid so far!

As far as price goes, I paid $9 for the frame (RIGHT!? Gabriel’s! Which is probably why the glass was so terrible!), most of the pictures I’ve had for a long time, and twine was $1.99, and the mini clothespins probably cost about $3.00 (for pins, mod podge, and glitter). I can’t remember how much the trim actually cost me, but since I’ve had it for at least 6 months, it goes into the “things I already owned” pile. (For the one I had at the party, add $0.97 for the ribbon and subtract the cost of the twine.) So under $15.00 for this whole deal. Nice!

Also, I’m loving those printables I just linked you to. In fact, I have something else I intend to use them for. 🙂

Easy Bunting for a Party Banner

Looks great! From the pictures online, I love the burlap!
Thanks for the link! 🙂

This looks great. And clothespins are so handy, don’t stop blogging about them.