Over the last few months, I’ve been working on a huge project that I have tried very hard not to mention here until now.

You all know that Zach received his Ph.D. a couple weeks ago. Before we knew when he would be graduating, though, his family and I started planning a surprise party.

Which is really difficult when you don’t have a date set. I started planning in March, understanding that he was getting close to graduating and that we probably wouldn’t know until the last minute when he would give his defense. He set a date in September. Originally, he wanted to defend before the end of October, but his committee members weren’t available. That worked out really well, though, since he needed the extra time…and so did I.

What’s even more difficult is making decorations for a surprise party for a person you live with.

Somehow we managed to pull it off.

Most of my projects were pretty simple, especially this one. I actually got the idea for decorating clothespins from The Thrifty Ginger and it worked so well for what I wanted to do! I changed the colors to blue and gold, because they’re the colors for WVU. 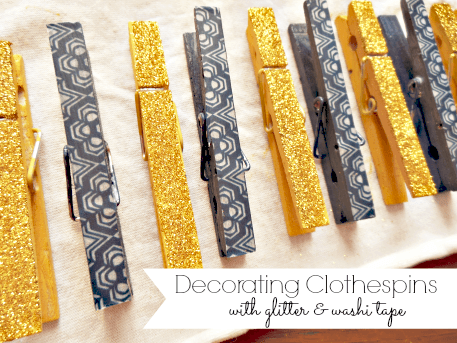 Step 01: Halve the clothespins. Paint one batch in King’s Gold and the other in Real Navy. Let them completely dry. 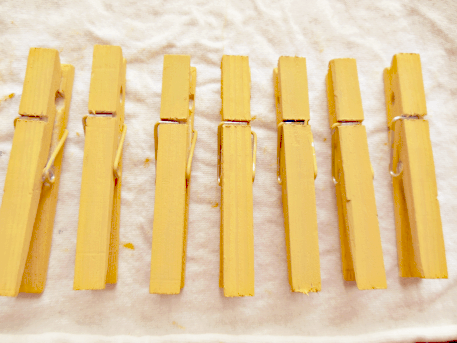 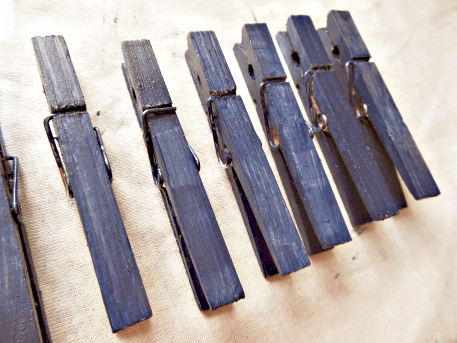 Step 02: Once the paint has dried, put mod podge on the yellow ones and dip them in the gold glitter. I only glitter-fied the top of the clothespins. 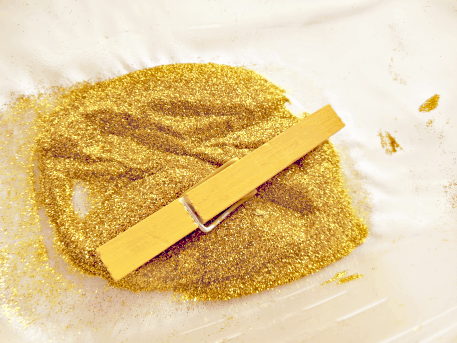 To keep from using more glitter than necessary, give it a few taps with your finger to remove any excess. Do this again once they have dried. 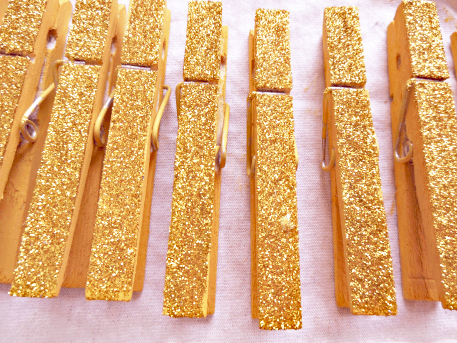 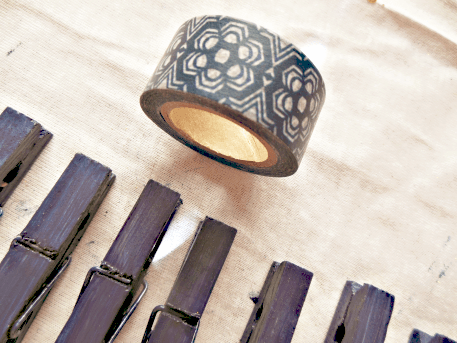 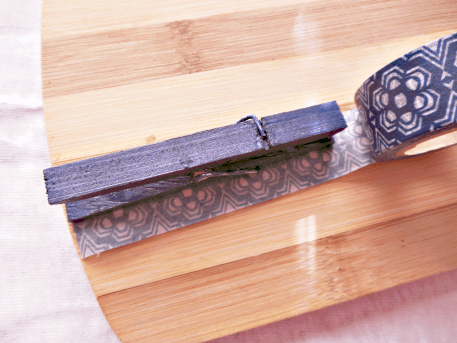 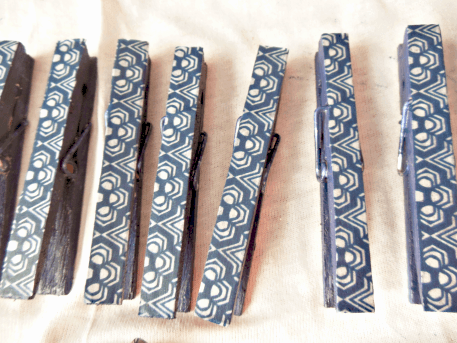 Step 03: Cover the washi taped clothespins in mod podge, for some extra protection. You can cover the glitter ones, as well, but it kind of dims their sparkle. And that’s it for the large ones! 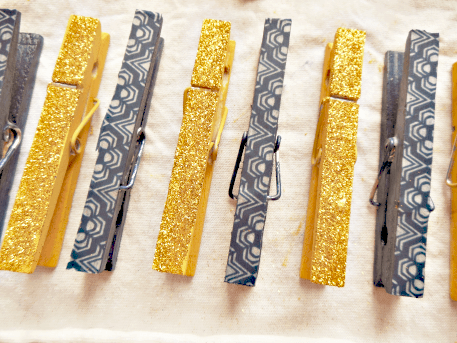 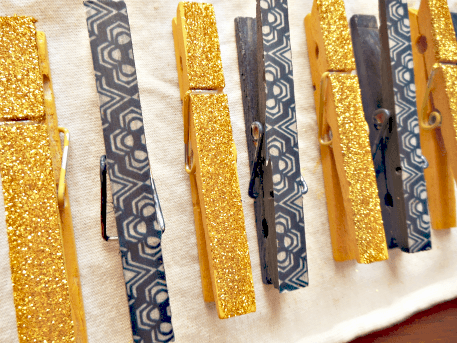 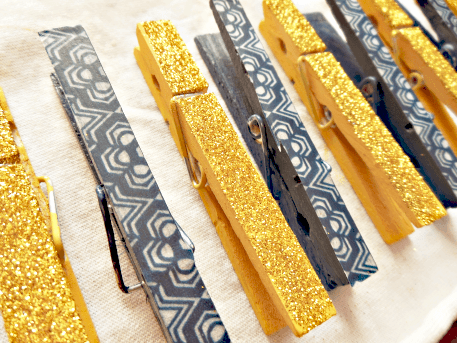 I tossed some mini ones in there, too. Basically, just mod podge them and dip them in the glitter. They took me maybe 30 minutes? Most of that was drying time. 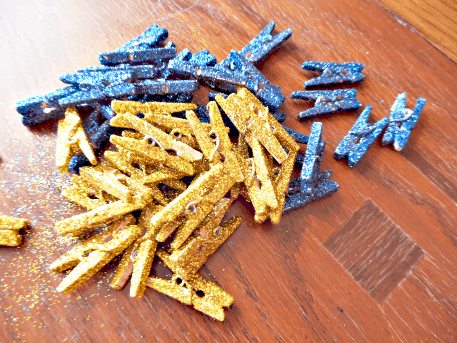 So I made about 100 clothespins and I think it cost me less than $20. Keep in mind that I had a TON of leftover glitter and washi tape, which I used for other things.

I’ll be spending the rest of the week revealing what I used these clothespins for. 🙂

Easy Bunting for a Party Banner

Cute! Painting the clothespins makes them look even better.
Thanks for the link back! 🙂

I’m glad you like them. Thanks for the inspiration! 🙂

Cute idea – love the gold and the navy together. I have put some washi tape on clothes pins but didn’t do the modge podge step – I will have to try that.

Thanks! My washi came off a little, which is why I used the mod podge. It just gives it that extra incentive to stay put. 😛