Home Cleaning & Organization How to Clean a Plastic Shower Curtain

How to Clean a Plastic Shower Curtain

Shower curtain liners are such a pain, aren’t they? They don’t always close right and they get so nasty, which forces you to eventually buy a new one.

Zach and I bought our current liner over three years ago and, yes, it gets really bad. But I have figured out a way to clean it and extend its lifespan. And it’s so easy. 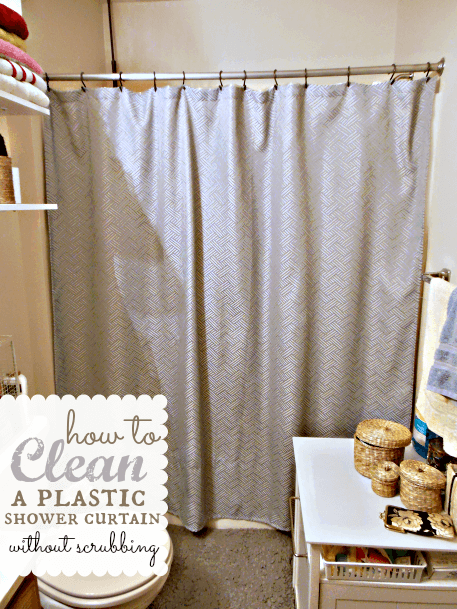 When you wash your towels (and your cloth curtain, if you have one), throw the liner in the wash with it. You can choose to use regular detergent, or you can wash with 1 cup of vinegar and then wash again with 1 cup of baking soda (this is a good idea if your liner is also starting to smell odd–it disinfects and freshens). The towels running through the washing machine will scrub the liner clean for you. It’s so much easier than trying to hold the liner still while you clean it!

I forgot to take a “before” picture of my curtain, but this should give you an idea of how bad it was. 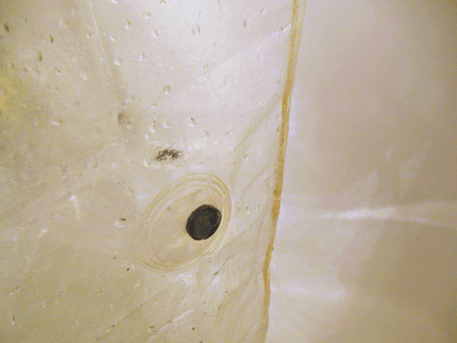 The black thing is a magnet (and the blurry black thing is something I keep in the shower). The bottom, as you can see, has orange going through it. That’s AFTER I cleaned it. The entire bottom of the curtain was completely coated in that. So into the washer it went!

Do not throw this in the dryer. Hang it back up in your shower and let it dry naturally. Even low heat will melt it in the dryer. 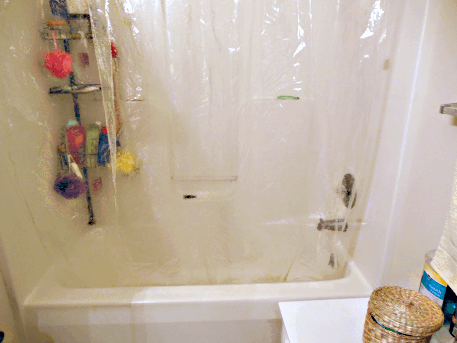 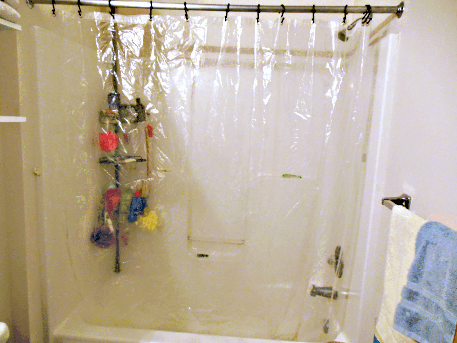 Before I put it in the washer, I was having some issues with the curtain sticking to itself. I was fairly sure I was going to have to buy a new one, because it would not close. I had to put towels on the floor while I showered, so the water wouldn’t bring the tile up. Now that it’s been properly cleaned and is no longer slimy, it extends perfectly from one side of the shower to the other. 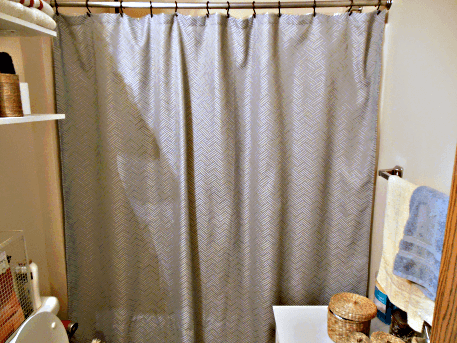 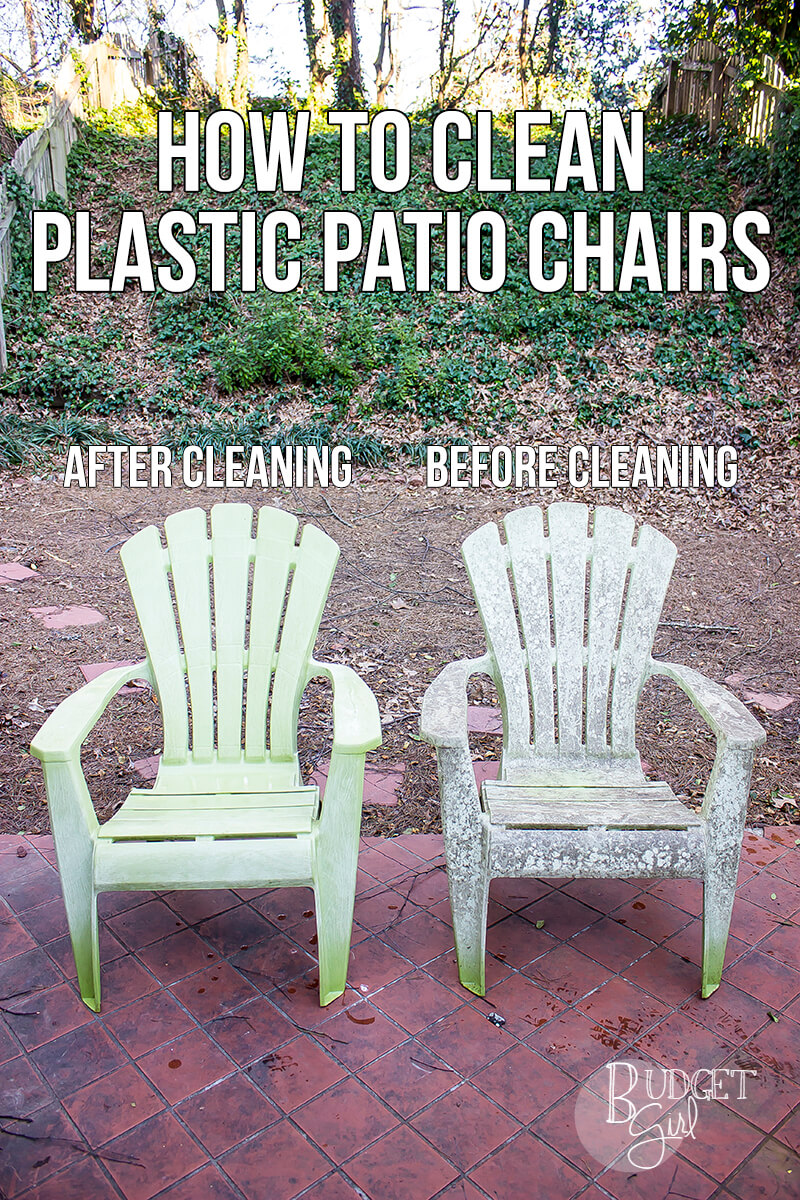 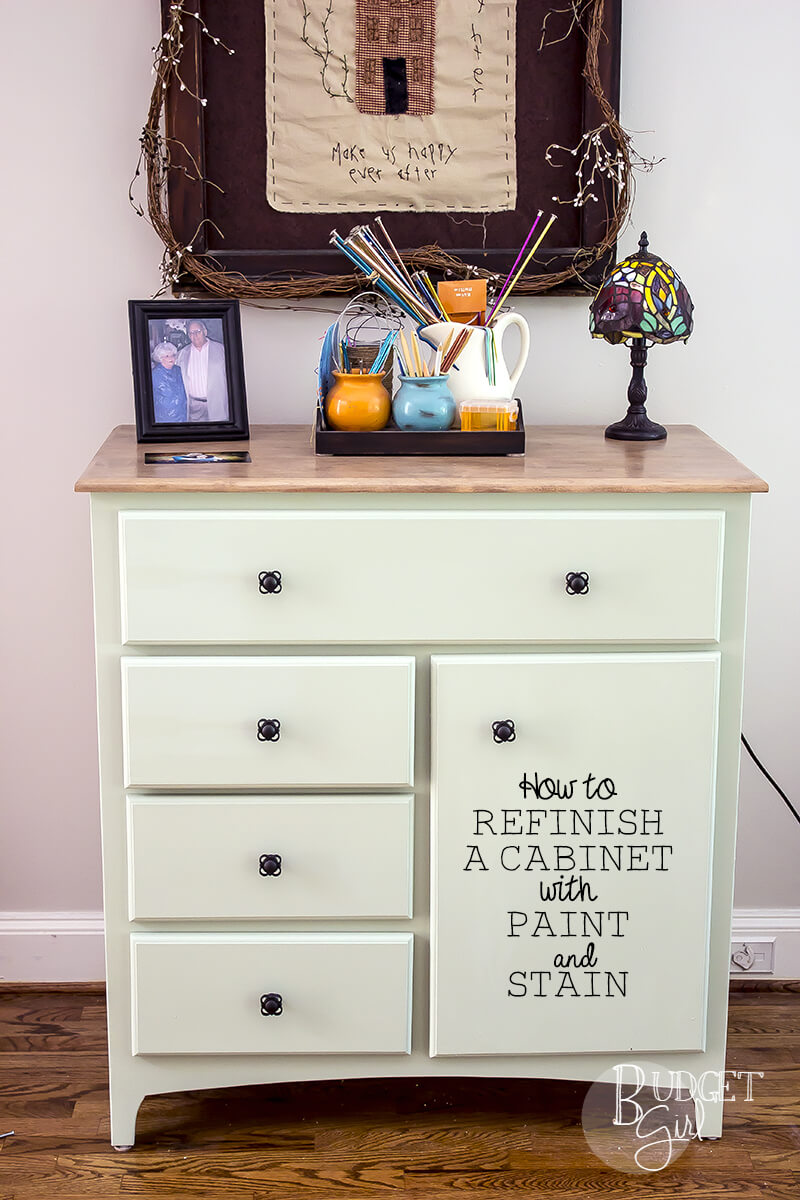