Part of living on a budget means figuring out how to reuse things you already buy. I use my old cat litter containers to organize the space under my bathroom vanity. Here’s how!

I am constantly fighting with finding things in my bathroom. I’ve kept stuff out on the counter, put it in a rolling cart under the vanity, and kept it under the sink in the order of most used to least used (most going in the front). Nothing seems to work for me.

Of course, it’s because I have no containers. Things get knocked over as I reach for other things and roll to the back of the cabinet. I’ve looked into getting baskets and bins to put under the sink, but I can’t justify spending that much money. (I’m Budget Girl for a reason, after all.)

So one day while cleaning out the litter box, I noticed that I had used the last of litter. Those stupid containers take up so much room and they just sit by the trash can until one of us feels like taking it out to the recycling bins. So I asked myself, “What else can I do with this?”

The solution was my bathroom. 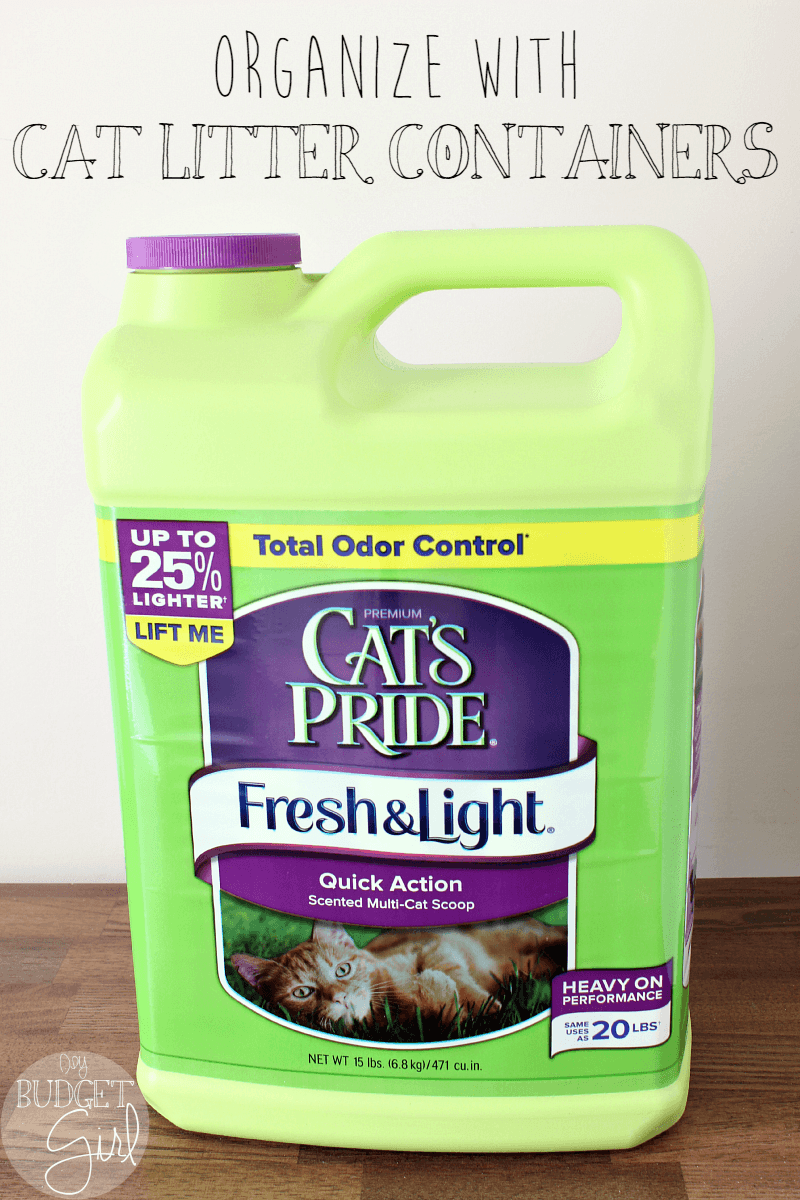 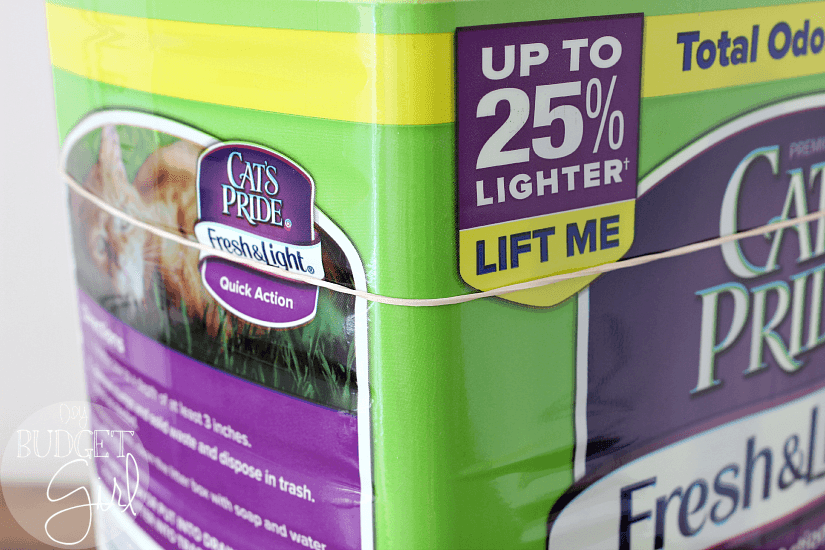 Step 02: Cut right over the rubber band, going all the way around the container.

Step 03: Clean out any excess litter, rinse, and you’re done! 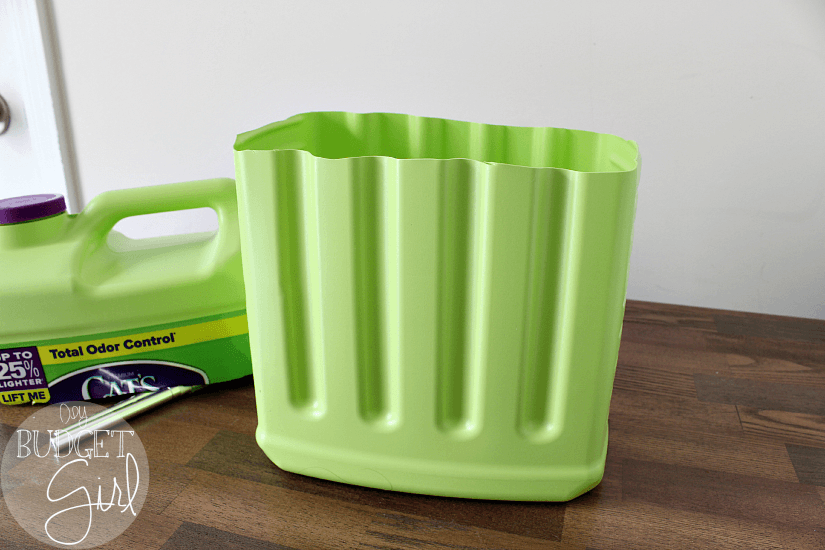 This is actually extremely easy, but I always have trouble getting my lines straight when I’m cutting. They don’t have to be pretty, though. They just have to work.

I have two of them right now that I’m using to organize my larger items–hair straighter/curler/dryer–and things I don’t use very often like hair products. (I hate doing anything with my hair. It’s why I usually keep it cut close to ear-length.) 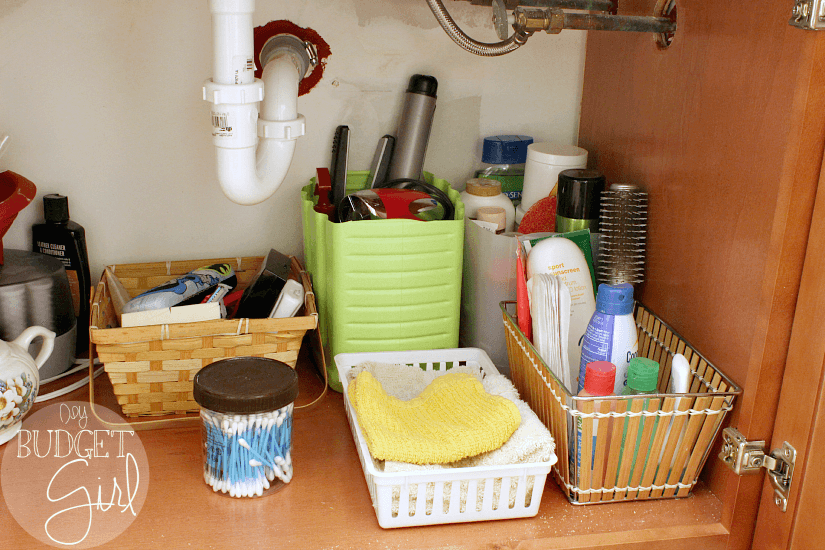 It’s not great, but it’s getting there. I need to empty out that basket in the back–it’s filled with make-up. A lot of it is probably expired. So it’s time to go through that, throw out what I don’t use, and find somewhere else to put it. I have magnetized make-up organizers, but a lot of the magnets have fallen off my make-up. Very annoying.

These containers have made is surprisingly easy to find what I’m looking for.

How do you organize your bathroom? 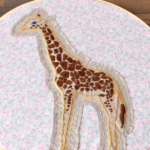 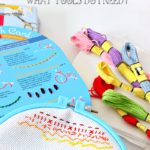 Learn to Embroider: What Tools Do I Need?

This is such a creative idea! I have dogs but my boyfriend has a cat. I’m going to need to ask him to start giving me the containers of litter now when he is done with them lol.

Great idea! I will have to start saving my cat litter containers. They would hold quite a bit. Be good for in the garage too. Thanks for sharing.

Great idea! I have some of those containers around. Gonna try!

Great post! The big plastic buckets of litter from warehouse clubs are especially great for re-using. No need to cut or anything – just remove the label and rinse it out.

How clever! And they’re free, I love it 🙂

What a great idea! I usually buy organizing baskets from the dollar store, but how much better to use something you already have around the house. Thanks for the inspiration!