In my family, we have a New Year’s Eve dish that we eat at midnight (it’s supposed to bring good luck…it doesn’t, obviously, but it’s still delicious). I’m fairly sure this came from my great-grandparents on my grandfather’s side, who were German. Even though it was my Irish-Native American grandmother who enforced it.

When it comes to sauerkraut, you’re either one on of two extremes: you love it or you hate it. I seem to know an equal number of people in both parties. In my household, the proportions are the same. I love it, Zach hates it. 50/50.

So our silent agreement is that I will only make this dish on New Year’s Eve. When I do, I try to include some BBQ pork (no sauerkraut, obviously) so he has something to eat, too. We went to a party this year, though, so I wound up not doing that.

There are a number of ways you can make this. You can use any kind of pork (if you can’t/don’t eat pork, beef also works). My grandmother used to use a roast. That creates a lot of leftovers, though, and since I’m the only one eating it most years, I use boneless ribs. Another perk of the ribs: they’re already cut away from each other and ready to be cooked, so I just split the pack in half to BBQ some of it. It’s much easier than cutting a roast in half. As far as sauerkraut…my grandmother always just got the stuff that comes in the clear plastic bags. I used cans this year, but I think next year I’ll try to make it myself. You can do it either way.

The best way to cook pork, though, is as long and as slow as possible. Pork is extremely fatty, and pork in itself is rather tough, so cooking it slowly will tenderize it. I use a slow cooker. If you don’t have one, you can cook it in your oven at about 180°F (at the highest). 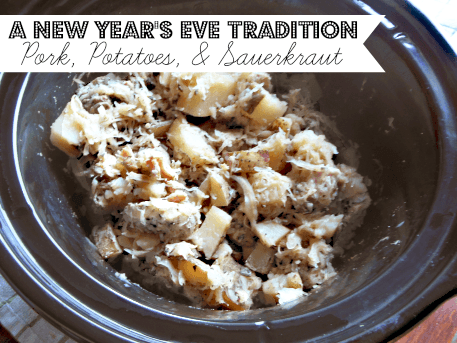 Step 01: Spray the inside of your crock with non-stick cooking spray and set it on low. Dice potatoes and cut ribs into bite-sized pieces. (Not necessary if you’re not serving this to a bunch of people.) 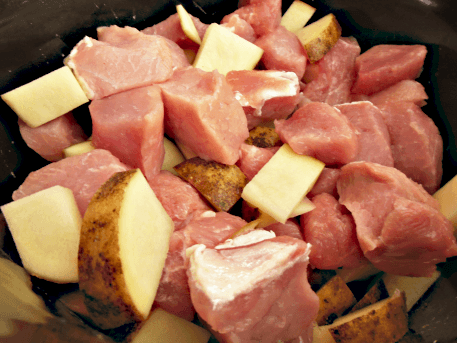 Step 02: Lay the potatoes in the bottom of the pot, top with pork. Sprinkle liberally with spices. Add the sauerkraut. Cook for 6-8 hours on low. 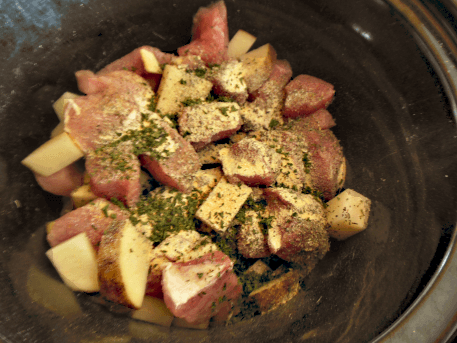 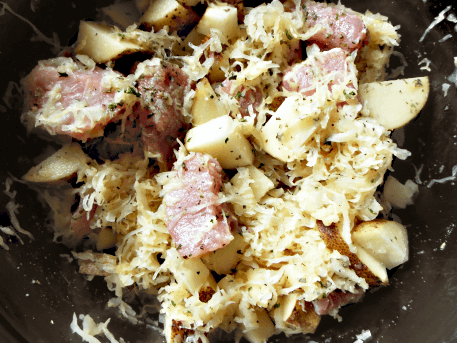 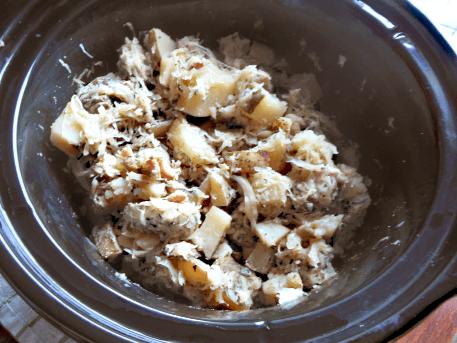 When done properly, the pork just melts in your mouth.

You don’t have to eat a whole plate of this…and you certainly don’t have to wait until midnight, as long as you have a bite of it leftover for midnight.