Home Blogging Why You Are NOT a No-Reply Blogger

(NOTE: I’m using the name”Blogspot” even though it’s called “Blogger” now, so I can use the word “blogger” when I’m talking about “a person who blogs” without confusing everyone.)

A little backstory: I have been blogging since October 2012. In September 2013, I began self-hosting. One of the problems I was afraid of running into after self-hosting was becoming a “no-reply” blogger.

I’ve seen this pop up everywhere–Pinterest, namely. (Look me in the eyes and tell me you didn’t see about 200 “How to Tell if You’re a No-Reply Blogger & Fix It” tutorials last summer. The term was everywhere.)

And, believe me, I looked at them.

Despite the fact that I’ve never had issues with sending or receiving comments, I looked into this “problem.” It didn’t seem to apply for me.

It didn’t click until recently why it didn’t apply to me.

Last week, I received this comment from a nice lady who runs a very nice blog: “I tried to respond to your comment on my blog, but it looks like you are a “no reply” blogger. You might want to check that out. :)”

My initial thought was, “Well, that’s annoying. I wonder how many other people have had problems replying to me.” Thinking back, I couldn’t remember anyone else having this issue. But that didn’t mean it wasn’t happening, so I looked into it.

What did I find? The answer. That’s what. 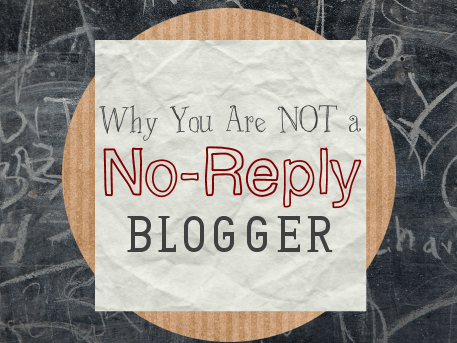 Kelly had problems responding to me through no fault of my own…but it wasn’t her fault, either. It’s Blogspot’s fault. The no-reply blogging issue only exists on Blogspot. Which is something none of those tutorials ever mentioned (and certainly explains my confusion on the matter). To be fair, it’s probably because the writers didn’t know.

For those of you who don’t know, I use WordPress. Well, sort of. I self-host and I use the WordPress.org client. Now, WordPress, Typepad, Tumblr, Moveable Type…none of these platforms have problems with no-reply bloggers. The people who created and run these platforms made it easy for them to interact with each other. (I like to call that “being user-friendly.”)

And then we have Blogspot, which doesn’t want to work with anything other than itself. Why? Because it’s run by Google, I suspect. Let’s face it…Google doesn’t play well with others. While WordPress will allow you to comment using Name/URL/Email, Google only allows Name/URL…or OpenID, which is basically useless to those of us with WordPress blogs.

OpenID will never recognize your WordPress blog URL. The reason is complicated, but to put it simply: WordPress URLs are not directly linked to WordPress usernames. Blogspot thinks they should be. Even if you choose the option that says, “WordPress User,” it works exactly like OpenID…and by that I mean it doesn’t work at all. I’ve tried this dozens of times on dozens of Blogspot blogs…and it always pops up as, “OpenID could not be confirmed.” For WordPress users, the only way around the Blogspot problem is to create a Blogspot account…which does you no good, either, because then your WordPress blog won’t be connected to it.

So how do you win? Since I don’t know what options Blogspot users can allow other users to comment with (btw, I recommend you allow all of them), I really don’t have the answer. I guess the only thing left to do is just get used to being no-reply on Blogspot blogs…until the platform fixes itself. 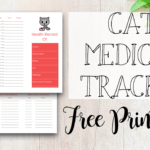 I recently had the very same experience. I went into a panic because I don’t want to put off any of my readers but when I looked into it there was nothing I could figure to do on my end (I am wordpress as well…)

Exactly! The whole “no reply blogger” was extremely confusing. But most people seem to get my replies, so no sense in worrying! 🙂

I’m glad you think so. 🙂 Thanks for stopping by!

Thanks for finally explaining that this is just an issue on Blogger! I’ve wondered for so long if this applied to me or not and now I can rest knowing it doesn’t (since I self host on WordPress)

No problem! 🙂 I figured there must be someone out there who was as confused as I was, so I’m glad you got some peace of mind from this!

I had a blogger tell me this same thing and was very confused, too. I looked into it and found out just what you said. I quit worrying about it too.

Hi Chelsey! I love your blog so much you have lots of tips that are very useful.
I’m just curious, how did you add your own signature at the bottom of each page?

I’m going to send you an email explaining what I did to add the signature. 🙂

Hi! Just stumbled across ur blog while googling an apple dumpling recipe! Lol
I started blogging on blogspot, then heard ab this issue and got discouraged. Haven’t posted since before the holidays. I’m considering a Facebook fanpage, as I want something free and interactive. Is WordPress free? Makes me mad, blogspot was so easy!

WordPress is definitely free! I know a lot of bloggers who use Blogspot and love it, but I understand what you mean–this is a problem I wouldn’t be able to overlook. Interacting with people is a must. If you have any questions about getting set up on WordPress, feel free to ask! 🙂