Need more kale in your diet, but tired of seeing it go bad? Try making dried kale flakes in your oven!

Lately we’ve been trying to eat more greens (particularly cruciferous vegetables). Or at least the ones we can stand to eat, like broccoli, spinach, kale, and cabbage. Broccoli is particularly easy to use, but the leafier vegetables…not so much. Aside from salads, I can never think of anything to do with them.

Which is why they wind up sitting in my fridge and going rancid.

There are few things more annoying than buying vegetables that wind up getting thrown out. So I’ve been buying kale…and then drying it if it gets too close to going bad. Which sounds weird, but it actually works well! First let me explain how to make kale flakes and then I’ll give you some ideas of what to use them for. 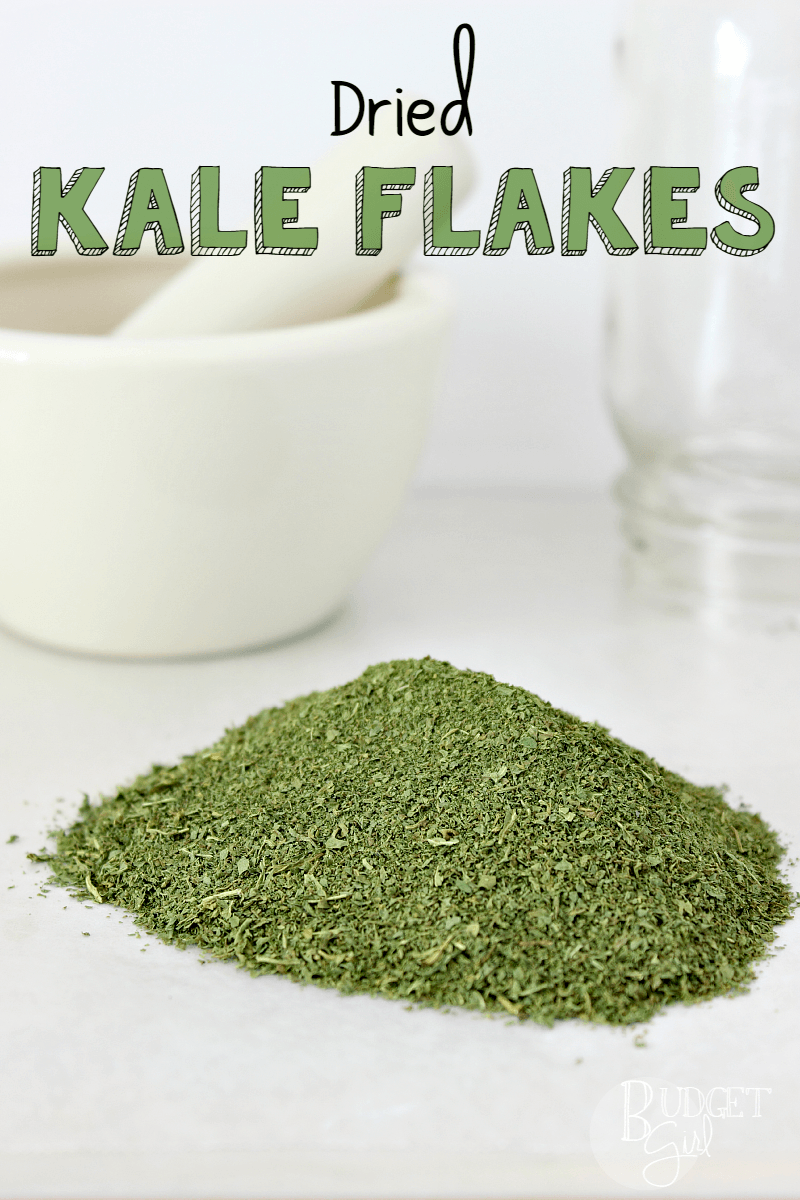 How to make dried kale flakes:

Step 01: Lay one bunch of kale on a baking sheet or silicon mat (affiliate link). Make sure it doesn’t overlap much. Preheat your oven to it’s lowest setting (I use 200F).

Step 02: Once the oven is heated, stick your kale in there and leave the oven door partially open. Let the kale dry for 30-60 minutes.

Step 03: Remove it from the oven. Hold a dried kale leaf over a mortar and pestle. Pinch one end of the stem and run your fingers down to force the leaf to flake off into the bowl. If any kale leaves still feel moist, put them back on the pan and return them to the oven for 15 minute increments (after removing the ones that have already dried).

Step 04: Use a mortar and pestle (affiliate link) to crush the kale into flakes. If you prefer powder, you can use a food processor.  Store in an airtight container. 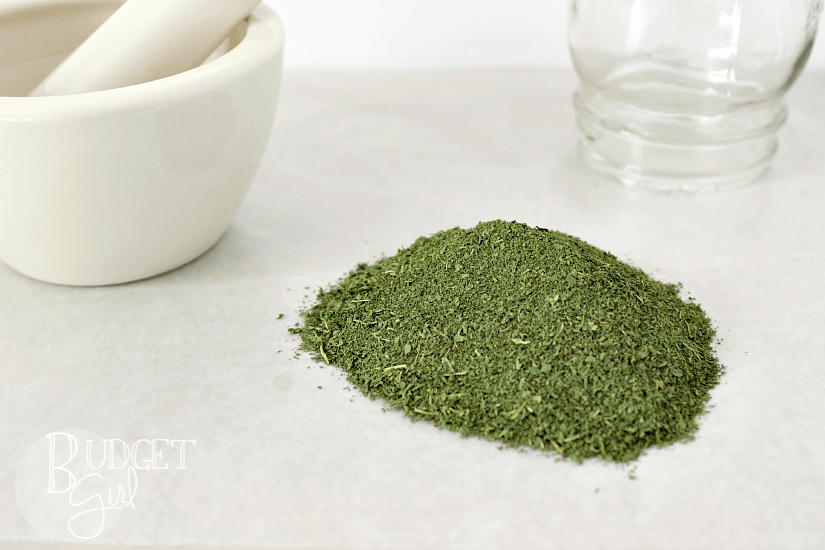 One bunch of kale will only make about 1/4 cup to 1/3 cup of kale flakes. So if you’ve ever wondered why dried anything is so expensive, there’s your answer! 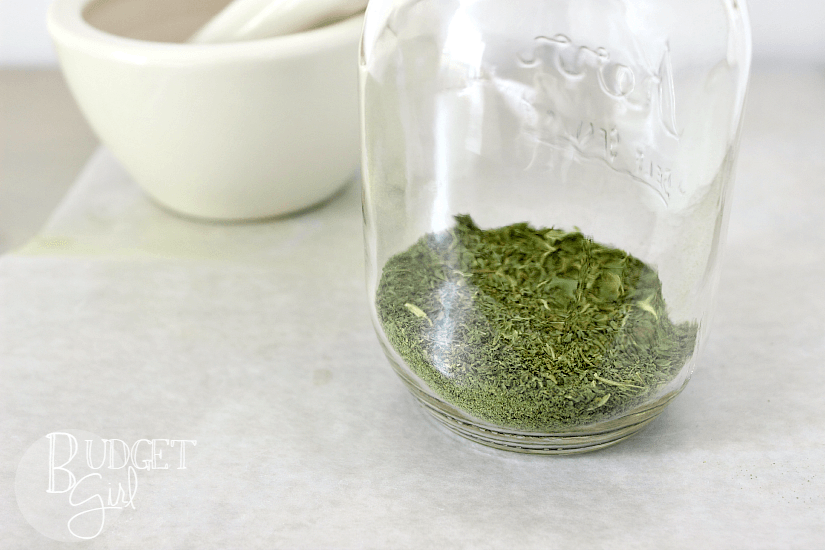 See, that’s just a standard-sized mason jar. One bunch of kale doesn’t make much. 😛 But it’s nice to have around when you run out of fresh kale.

What to do with your dried kale flakes:

First, don’t use too much of this. Think of it as concentrated kale, because that’s essentially what it is. Drying any kind of herb or vegetable at home doesn’t give you the same taste as store-bought…it gives you a stronger taste. (Anyone who’s dried their own basil can attest to this! That’s some powerful stuff.)

Personally, I wouldn’t go over 1/2 tsp, no matter what I was adding this to. Zach added a little too much to his smoothie a few mornings ago and said it was the worst he had ever had. 😛 Though I probably wouldn’t use this in a smoothie, but you’re welcome to!

So far, that’s all I’ve come up with. 😛 As I said, the smoothie thing didn’t turn out so well…I think fresh kale would be better for that. But I used kale in some pasta the other night and it turned out really well.

What would you use dried kale for? 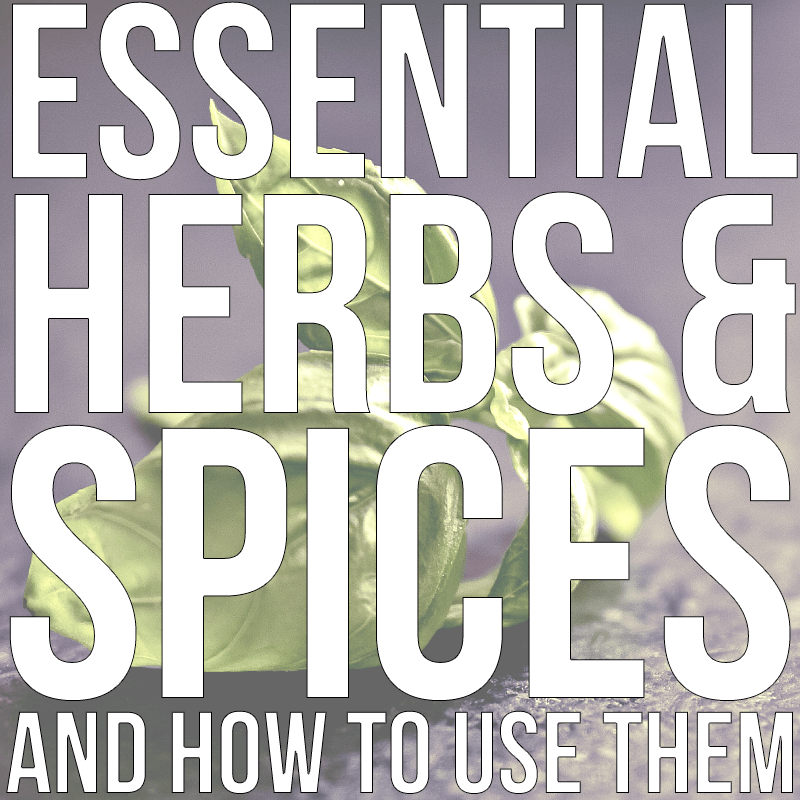 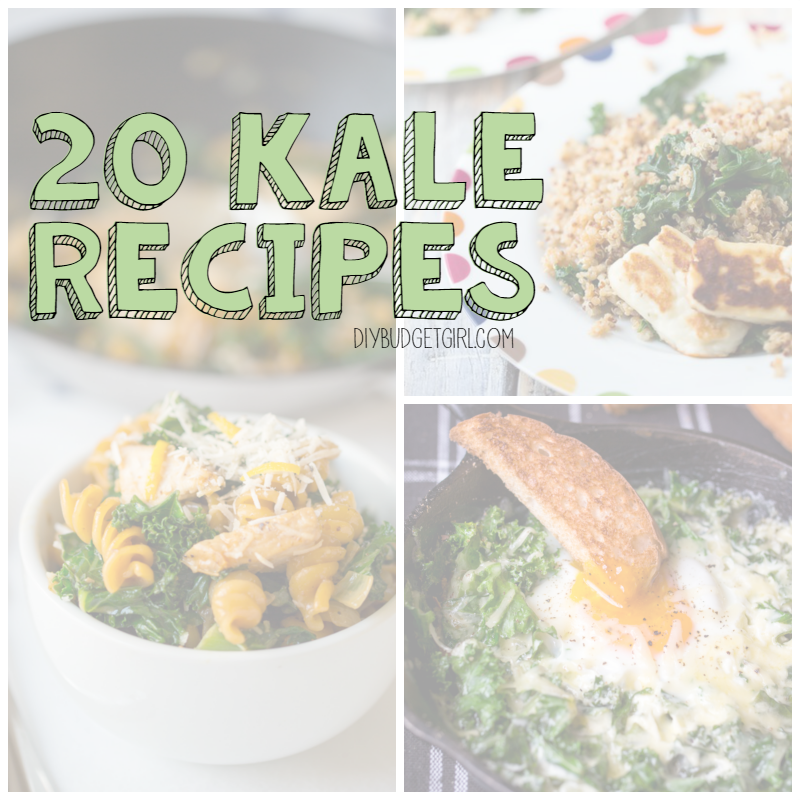 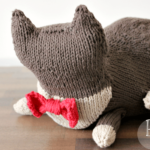 What a fantastic idea! I always have this problem: buy greens dreaming of all the yummy salads, eat one salad, throw everything out after it becomes sludge in my crisper. I have stopped buying greens (except frozen) for this reason. But drying them never occurred to me! Thanks for always coming up with great ideas!

Exactly! There are few things as annoying as produce that doesn’t keep until you need it. Glad this helped!

I love it! I grew a lot of kale last year and I have my seeds ready (if the last of the snow would ever melt!). I plan to pressure can some of it, but having dried kale on hand would be nice, too. I could imagine sprinkling it on omelettes and other fried-up meals. We eat a lot of ‘hash’ – potatoes, meat and veggies tossed together and fried – so a sprinkle of dried kale on that would be nice.

Dried kale would be perfect in hash! Let me know how you like it. 🙂